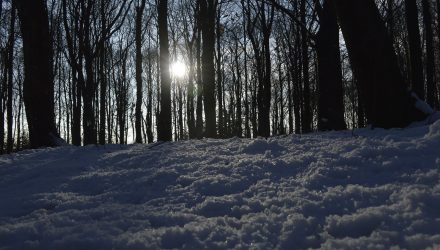 Natural gas prices ticked 1.64 percent lower to $2.67 on Monday despite demand reaching an all time record of 150 Bcf/d–half of which was for heating thanks to a polar vortex that hit the Midwest and Mid-Atlantic regions of the United States.

U.S. gas demand for the month of January averaged about 110 Bcf/d. Despite the latest stint of cold weather, six of the eight past weeks have shown to be warmer than usual.

“Even though we have recently seen the coldest weather of the winter (Arctic Blast and Polar Vortex 2019), gas prices have collapsed 25% over the past 14 trading days. Interestingly, this is in stark contrast to oil prices, which were up nearly 20% and had their best January on record,” wrote Jude Clemente of Forbes. 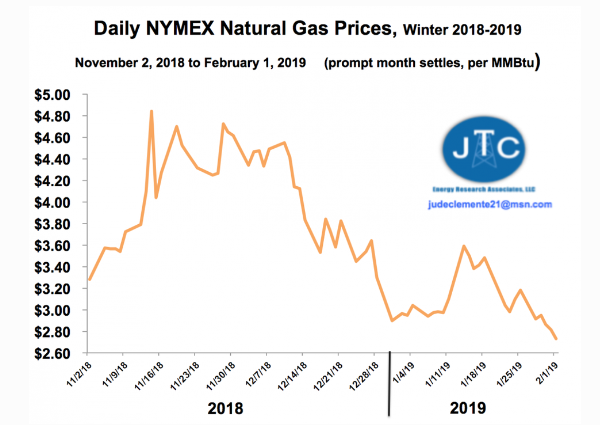 In the midst of the polar vortex, electrical and gas systems across the Midwest and Mid-Atlantic were tested as cold weather reigned. The Washington Post reported that certain areas in these regions experienced power outages as the demand for gas and electricity rose.

However, it appears the worst may be over.  According to NatGasWeather for February 4 to February 10, “Much milder conditions will continue across the Ohio Valley and East through Thursday with highs of 40s and 50s. It will be even warmer over the southern U.S. and Mid-Atlantic Coast with highs of 60s to 80s for very light demand. The West will be stormy but only slightly cool. The coldest air will be confined to the Northern Plains where weather systems will track through with highs of -0s to 20s, including rain and snow at times advancing through the rest of the Midwest. Cold air will arrive across the Midwest & Northeast Friday thru Sunday with lows of -0s to 20s.”

“The 8 to 15 day outlook (February 10-17) shows the Midwest & Northeast will see a mix of mild & cold conditions as weather systems. Overall, national demand will be low through Thursday then increasing to high Saturday to Sunday.”