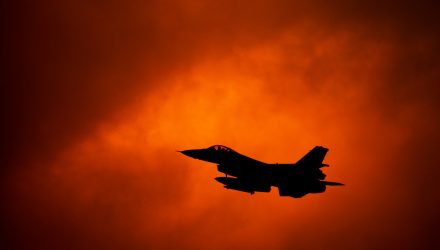 M&A Activity Rose for Aerospace, Defense in 2022 Despite Headwinds

Last year, economic headwinds may have forced many sectors to tighten their fiscal belts on mergers and acquisitions, but certain sectors prospered despite less growth amid rising inflation. One of those sectors was aerospace and defense.

Per an Executive Biz article, market intelligence data showed that while mergers and acquisitions activity fell in 2022 compared to the previous year, it was still relatively high. That comes despite a market downturn and less growth amid the U.S. Federal Reserve’s tightening monetary policy.

“In its Aerospace, Defense and Government M&A Review 2022 Report published Wednesday (January 11), HigherGov said the 2022 figure was 10 percent lower than 479 transactions logged in 2021 but was the second-highest turnout recorded amid economic headwinds, inflationary pressures and rising interest rates,” the article added.

Geopolitical concerns were a driver of this growth, particularly Russia’s invasion of Ukraine in early 2022. From then on, interest rates may have stifled M&A activity in the second half of 2022, but overall, it was still a positive year.

The capital markets are betting on a slowing pace of rate hikes in 2023, which means more potential M&A activity in the aerospace and defense sector. As such, this clears the path for potential opportunities for traders to capitalize on the increased spending.

“We expect that the ADG market will outperform the broader M&A market in 2023 as positive government spending trends and stable recession-resistant cash flows in the sector attract investment,” said HigherGov founder Justin Siken.

Like the rest of Direxion’s roster of leveraged ETFs, DFEN gives traders the ability to: