You are at:Home»Leveraged & Inverse Channel»Leveraged ETFs to Watch as S&P 500 Flirts with Resistance Level 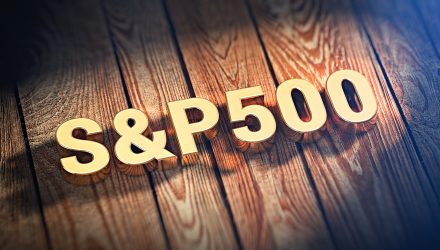 The markets were set adrift in a sea of red on Monday as investors fears that a trade deal was already priced into the rise in U.S. equities year-to-date sparked a profit-taking bonanza. The S&P 500 opened the session at 2814.37, but closed the session at 2,792.81–down 0.77 percent on the day.

“The rally from the 12/26/18 low is among the strongest starts to the year since 1987. The past two months’ straight-line move, however, has seen bearish sentiment fall to its lowest since January 2018, just as the S&P 500 finds resistance at 2,813,” Julian Emanuel, chief equity and derivative strategist at BTIG, wrote in a note. “Monday’s reaction to this overhead level suggests that stocks will likely spend time ‘Reading Between the Lines’ of resistance (2,813) and support (2,750 and 2,600) before heading to BTIG’s year-end price target of 3,000.”

The markets moved little on Tuesday as investors are sitting on their hands waiting for U.S.-China trade negotiations to conclude. As of 12:45 p.m. ET, the S&P 500 was down just a couple points.

A few weeks ago, the S&P 500 reached a key bullish technical level, moving past its 200-day moving average for the first time since December 3. Not long before that, the index broke past the 2,700 level and technical analysts were quick to point out positive signs of potentially more upside.

However, there’s been a disconnect between the technicals of the S&P 500 and the broader macroeconomic environment–something traders will watch closely.

“On a valuation basis this market has risen to reflect a macro environment that is materially more positive than the one we currently have, and as a fundamentals-driven analyst, that makes me nervous over the medium term,” Tom Essaye, founder of Sevens Report Research said in a note Tuesday.

“The current macro setup much more matches the ‘Scattered Storms’ scenario, but the market valuation is reflective of a ‘Partly Sunny’ environment. That’s a discrepancy that will have to close,” Essaye added.