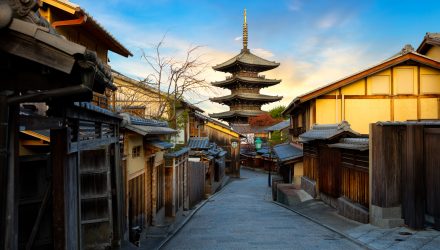 If the trade scuffle between the United States and China resembled a heavyweight confrontation, then Japan would be akin to a fight promoter on the sidelines, benefitting monetarily as the two economic superpowers engage in their tariff-for-tariff battle, which has been helping the Direxion Daily Japan Bull 3X ETF (NYSEArca: JPNL). The leveraged ETF was up 7.28% yesterday and up 1.75% today as Japan’s exports grew during the month of August with strong shipments heading outbound towards the U.S.

During the month of August, Japanese exports rose 6.6%, which beat the 5.6% increase forecasted by a Reuters poll of economists and topped the 3.9% gain in July. Exports to the U.S. were up 5.3% thus far this year and exports to China are up 12% from the previous year.

JPNL seeks daily investment results equal to 300% of the daily performance of the MSCI Japan Index. The index itself is designed to measure the performance of the large- and mid-cap segments of the Japanese equity market, covering approximately 85% of the free float-adjusted market capitalization of Japanese issuers.

President Trump has cited Japan as his next target to pare down the trade deficit domestically, but until then, Japan is watching the U.S.-China trade spat unfold. If a deal can be worked out that is favorable to both nations, Japan could possibly benefit as well.

After the U.S. stock market closed on Monday, the Trump administration announced it was moving forward with imposing a 10% tariff on $200 billion worth of Chinese goods that includes a step-up increase to 25% by the end of the year. The administration moved forward with the tariffs despite both economic superpowers in the midst of scheduled trade talks to ease tariff tensions.

The hope for the U.S. is that the new round tariffs signals its relentlessness on the application of pressure to force China’s hand in making a deal when actual negotiations finally materialize. In addition, the goals of the lower 10% figure is apparently two-fold–to swing voters towards Republicans when mid-term elections begin and to lessen the blow for shoppers as holiday shopping is set to start this fall.