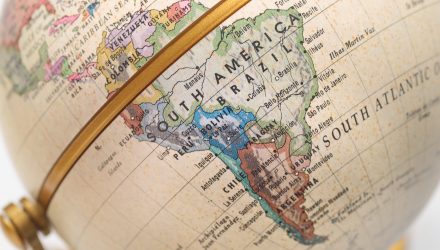 In Tuesday’s trading session, the dollar stood tall against Latin American currencies as they await what the Federal Reserve will do with interest rates. The capital markets are widely expecting the Fed will cut rates for a third time this year.

“We expect the Fed to guide market expectations toward the view that the mid-cycle monetary policy correction is complete,” wrote Jon Harrison, managing director of EM macro strategy at TS Lombard.

The Federal Reserve has long been spearheading rate moves for the rest of the world and Brazil is no different. In an effort to spur its own growth, the Brazilian central bank is expected to cut its key rate by 50 basis points.

“BRL is unlikely to be impacted by this policy decision, though increased dovishness and a lower rate trajectory will influence longer-term susceptibility to broad dollar movements,” said Sacha Tihanyi, deputy head of emerging markets strategy at TD Securities.

Brazilian president Jair Bolsonaro earned a big win by recently getting pension reforms passed through Congress in hopes that it would help reignite the country’s stagnant economy. Without the pension reform, the country’s debt levels would skyrocket—something it doesn’t need after it experienced a recession last quarter.

Despite this latest win for Bolsonaro’s administration, the work is far from done. There needs to be a tangible impact that reflects in the forthcoming economic numbers in order for the public to keep supporting pension reform.

As for the rest of Latin America, interest rate cuts have become standard fare. Per a Reuters report, “Latin American countries still have the chance to mitigate the economic weakness many of them are suffering through interest rate cuts, but their fiscal options are limited, an official from the International Monetary Fund said on Monday.”

According to Yahoo Finance performance numbers, LBJ is up 13.33% YTD despite being down by about that same percentage within the past year.