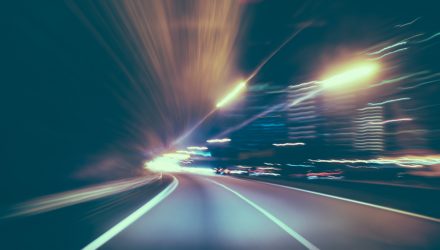 The Direxion Daily Transportation Bull 3X Shares (TPOR) is up about 8% to start 2021, and the transportation sector itself looks poised to keep moving forward. This bodes well for bullish traders in the sector.

The fund itself has risen over 100% within the last six months:

Leveraged funds are powerful. Compare TPOR’s six-month chart to the S&P 500 Transportation index. A side-by side-comparison shows TPOR up almost four times as much as the index within the same time frame.

When the index itself is added to the six-month chart, TPOR shows its leverage once again, with a 3x gain over the Dow Jones Transportation Average it tracks:

“The essential role that transportation companies play in today’s modern economy has become very apparent in 2020,” writes Casey Murphy in an Investopedia article. “As many traders look back on the year and plan how to reallocate their capital in 2021 and beyond, the transportation sector – including carriers, railroads, long-haul trucking, and related infrastructure services – will likely have stronger representation in portfolios for years to come.”

Likewise, the StochRSI is at 0.614, which is also below the overbought levels. Short-term traders can see this as an entry point for an area of value or use the 50-day moving average as a level of support.