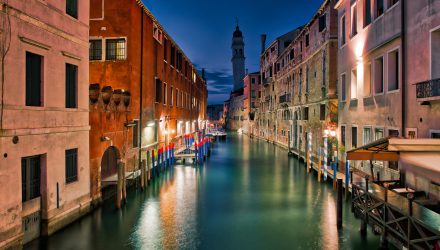 The euro currency and related ETF have been stuck in a rut as concerns over Italy’s budget scuffle with the European Union and speculation of an Italian exit from the euro bloc.

The Invesco CurrencyShares Euro Currency Trust (NYSEArca: FXE) slipped 0.3% Wednesday with the euro currency now trading around $1.1523. FXE has declined 1.9% over the past week and was down 4.3% year-to-date.

Dragging on euro currency sentiment, Claudio Borghi, who leads the economic policy of the ruling Lega party in Italy, cast doubt over the country’s membership in the Eurozone, CNBC reported.

“I am truly convinced that Italy would solve most of its problems if it had its own currency,” Borghi said in a radio interview Tuesday.