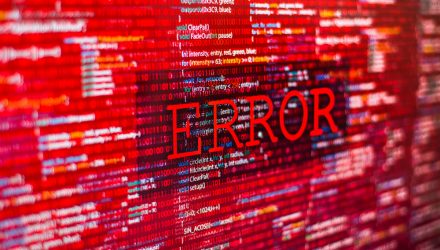 Is Tech Dominance Starting to Wane? Check Out This Inverse Internet ETF

Technology was one of the shining stars during the pandemic as more people relied on the internet amid social distancing measures, but that strength could be waning.

If that’s the case, there could be some bearish opportunities to explore with leveraged ETFs like the Direxion Daily Dow Jones Internet Bear 3X Shares (WEBS). WEBS seeks daily investment results equal to 300% of the inverse of the daily performance of the Dow Jones Internet Composite Index, which includes companies that generate at least 50% of their annual sales/revenue from the internet, as determined by the index provider.

With an ongoing semiconductor shortage, big tech could be facing headwinds that could hamper its growth moving forward. Additionally, what goes up must eventually come down, and tech’s dominance over the past year could lead to lofty valuations.

″[Tech’s] growth is not impressive on a forward 12-month basis, and it’s disproportionately expensive,” said Jonathan Golub, chief U.S. equity strategist at Credit Suisse. “I think the growth stocks in general and tech stocks more specifically are going to face stiff headwinds from the combination of valuations being really high and their expected sales growth being weaker than the rest of the market. If this was just the current quarter, it would be one thing but it’s not. It’s the next 12 months.”

“If interest rates and everything lines up for tech, that’s great,” Golub said. But Golub does not see tech as a leader in the next year. “I think they’ll be market performers, but I think they’ll be winners for the next decade —100%.”

Earnings Can Change It All

With earnings season in tow, things can change for the bulls. That said, they can still play the other side of the trade with the Direxion Daily Dow Jones Internet Bull 3X Shares (WEBL).