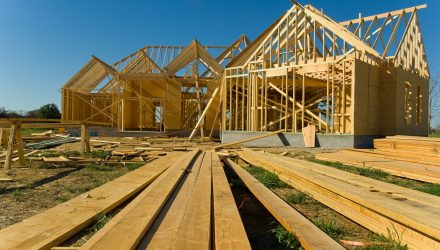 The 10-year note hit its lowest level since late 2017, causing fears of a global economic slowdown that caused the Dow Jones Industrial Average to fall as much as 200 points. Investors are honing in on the higher 3-month yield relative to the lower 10-year yield–a condition that causes an inverted yield curve–a possible signal of a forthcoming recession.

“Everybody is talking about the yield inversion,” said Mariann Montagne, a portfolio manager at Gradient Investments. “Based on history, we get another year and a half or so before recession.”

Related: Doubling Down on Gold as Fed Sounds More Cautious

Rates Down, Builders Up

Last week, the central bank decided to keep interest rates unchanged. In move that was widely anticipated by most market experts, the Federal Reserve on Wednesday elected to keep rates unchanged, holding its policy rate in a range between 2.25 percent and 2.5 percent. In addition, the central bank alluded to no more rate hikes for the rest of 2019 after initially forecasting two.

Following last week’s rate decision, the 30-year fixed mortgage product fell to 4.34 percent, which is the lowest in over a year and 19 basis points lower versus the same time a year ago, according to Mortgage News Daily. Following the Fed’s aggressive rate-hiking policy in 2018, the 30-year fixed rate went over 5 percent at the start of November, causing home sales to fall sharply during the months of December and January.

“Home builders have performed well under the assumption that the Fed is going back off on raising rates for a longer period of time, and that should give some relief on mortgage rates,” said Derek Maupin, portfolio manager at Hodges Capital Management. “If mortgage rates continue to come back down, we’ll probably see more people pull the trigger and buy a home. What’s getting priced in the stocks now is that affordability is improving on a long-term basis.”