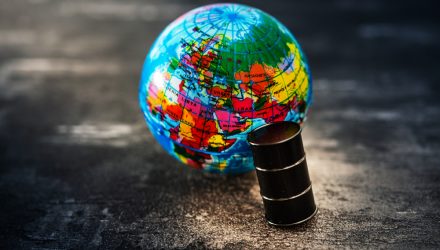 Oil traders could be seeing another bullish run ahead as higher demand could outstrip supply, pushing prices for the commodity higher once again, according to global investment firm JPMorgan.

“Oil prices are still headed to $150 a barrel as supply growth continues to lag, according to JPMorgan energy strategist Christyan Malek,” a Markets Insider report noted. “Brent crude oil rose 1% to about $94 a barrel Wednesday but is well off its earlier high of more than $130 a barrel in March. While some analysts have cut their oil price outlooks, Malek said JPMorgan still stands by its price target of $150 a barrel.”

One of the catalysts for the price hike is an underinvestment in bolstering supply by oil companies. The data is already being reflected in the number of rig counts.

According to the Markets Insider report, Malek “noted that the volatility in the energy market was leading companies to underinvest in future production, which OPEC+ has previously blamed for high oil prices. In fact, US rig counts have started to decline again, and that spells trouble for future supplies.”

An Alternate Play on Oil Prices

One exchange traded fund (ETF) to watch is the Direxion Daily Oil Services Bull 2X Shares (ONG). Bearish notions might suggest that a reduction in investment to bolster supply could put downward pressure on ONG, but higher oil demand could also force companies to ramp up ancillary oil services such as drilling.

Nonetheless, ONG makes for an interesting play since it doesn’t focus directly on oil prices. Instead, it emphasizes exposure on companies that provide necessary support to the oil industry.

ONG seeks daily investment results equal to 200% of the performance of the MVIS US Listed Oil Services 25 Index (MVOIHTR). The index includes companies that have common stocks or depositary receipts listed on a U.S. stock exchange and, as mentioned, that provide services to the oil industry.

Eligibility for inclusion in the index includes companies generating at least 50% of their revenues from providing services to upstream oil companies, such as those engaged primarily in providing oil equipment, oil services, or oil drilling. Of the largest 50 such stocks by full market capitalization, the top 25 by free-float market capitalization and three-month average daily trading volume are included in the index.