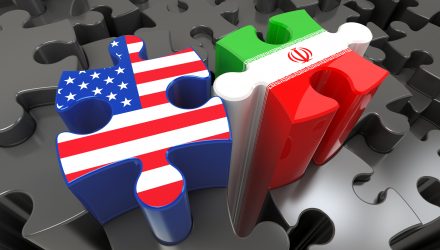 Geopolitical oil supply disruptions could continue to feed into higher oil prices, which will benefit bullish bettors. Attacks on two oil tanker ships off the coast of Iran sent oil prices upward as finger pointing between the United States and Iran ensued.

“This assessment is based on intelligence, the weapons used, the level of expertise needed to execute the operation, recent similar Iranian attacks on shipping and the fact that no proxy group operating in the area has the resources and proficiency to act with such a high degree of sophistication,” said Secretary of State Mike Pompeo.

“I think it’s quite clear that we are at the late stage of the current growth cycle and so to that extent, supply shocks aside, I don’t see the oil price spiking substantially higher,” said John Woods, Asia Pacific chief investment officer at Credit Suisse.

“Demand for oil in a decelerating growth environment is likely to remain in play and as a consequence, I don’t think we have to worry too much about a higher oil price,” Woods added.

“Escalating geopolitical tensions in the Middle East and dislocations in Venezuela and the brewing cauldron in Libya are reminders that security of forward supply feels increasingly fragile,” said Bill Herbert, a senior research analyst at Simmons Energy.