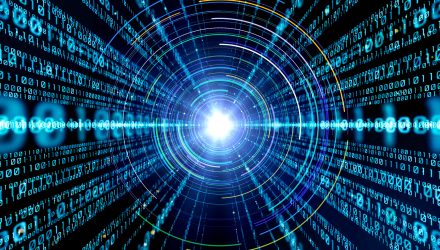 The rise in the big five technology stocks today include the famous FAANGs (Facebook, Amazon, Alphabet, Netflix, and Google), and while the eventual implosion of the extended bull run is making investors nervous, global investment firm Goldman Sachs is reminding them it’s not the same as the tech bubble in the early 2000s.

“Today, the S&P 500 market cap is concentrated in the five largest stocks to a degree not witnessed since the peak of the Tech bubble,” said Goldman Chief U.S. Equity Strategist David Kostin in a note. “Lower growth expectations, lower valuations, and a greater re-investment ratio suggest the current concentration may be more sustainable than it proved to be in 2000.”

Rewinding back to the late 90s, as technological innovation spurred a rise in internet companies labeled “Dot-coms,” investors were wide-eyed with the potential these companies could bring in this burgeoning internet space. As such, these Dot-coms were overvalued to exorbitant levels as investors were eager to cash in on the next big thing in this new economy.

However, early 2000 marked the resurgence of common sense as investors were realizing that a plethora of these companies were worth far less than their billion dollar valuations at the time. In addition, scandals related to inflated earnings caused panic selling and as such, many of these Dot-coms were reduced to nothing.

ETF Options to Capitalize on Tech

A broad, leveraged trade to consider in technology is the Direxion Daily Technology Bull 3X ETF (NYSEArca: TECL). TECL seeks daily investment results of 300% of the daily performance of the Technology Select Sector Index, which includes domestic companies from the technology sector.

The index uses a modified market-capitalization weighted approach, is rebalanced monthly and is reconstituted annually. Retailers may include U.S. and non-U.S. companies. To be eligible, retailers must: be classified as an online retailer, an e-commerce retailer, or an internet or direct marketing retailer, according to standard industry classification systems; have a market capitalization of at least $500 million; have a six-month daily average value traded of at least $1 million; and meet other requirements.