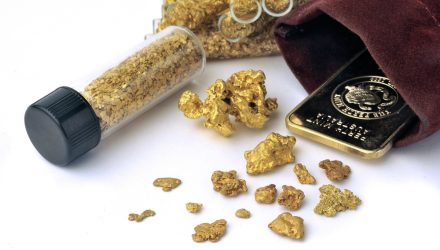 As expected, the coronavirus outbreak took a toll on the unemployment figures with jobless claims surging to a record 3 million, which allowed gold to rally amid the uncertainty and flight to risk-off, safe haven assets.

Per a Kitco News report, the latest figures showed that a “staggering 3.283 million people filed for unemployment during the week ended March 21, far surpassing the previous record of 700,000 which occurred in 1982. The figure is far worse than any economic forecast, and adds to the 281,000 people who applied for benefits the week before.”

This surge represents a 1100% percent increase with respect to the previous week. With 70,000 new fillings, the week of March 7-14 had already seen one of the greatest week-to-week spikes since records exist, overwhelming unemployment offices in many states. 2/7

“How sudden this decline has been, and how dramatic it’s been, really what we’re seeing through March is an economy go from relative good health to wide-scale contraction,” said James McCann, senior global economist at Aberdeen Standard Investments.

The latest numbers allowed some to question the current structure of the unemployment insurance system.

“Our unemployment insurance system has huge holes in it,” said Former US Labor Department chief economist Heidi Shierholz. “You get laid off, you’re not allowed to look for work unless you’re in essential services because things are totally shut down. And so many people when they are asked by the survey takers, ‘Are you looking for work?’ they will honestly say, ‘No.’ ”

In the meantime, gold was eyeing the $1,700 price mark again in Thursday’s trading session before settling back into the $1,600 range.

Gold Price in US Dollars data by YCharts

Precious metals like gold offer investors an alternative to diversify their holdings. Like other commodities, gold will march to the beat of its own drum compared to the broader market.

Due to this negative correlation, large downturns in the broad market may not affect commodities. By investing in gold ETFs versus physical gold, investors can also reap the benefits of an ETF like its tax efficiency, as liquidity to buy or sell quickly in the markets.

Investors looking to get gold exposure can look at funds like SPDR Gold Shares (NYSEArca: GLD)  and the SPDR Gold MiniShares (NYSEArca: GLDM). Precious metals like gold offer investors an alternative to diversify their holdings, and like other commodities, gold will march to the beat of its own drum compared to the broader market.