You are at:Home»Leveraged & Inverse Channel»Gold Prices in Consolidation Mode Despite Strong Housing Data 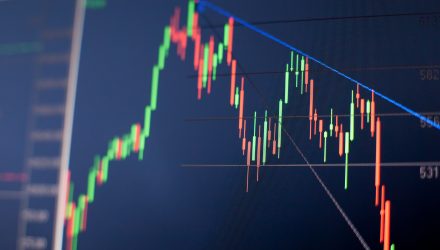 Strong U.S. housing data should’ve helped boost the markets in Tuesday’s trading session, but it was once again trade war news coming to the forefront as U.S. President Donald Trump said he’d raise tariffs in China was unwilling to make a trade deal. In the precious metals arena, gold was in a consolidation phase despite the recent housing data.

In the meantime, technical data for gold show that prices could falter or stay range-bound in the short to medium term.

“Gold prices continued to edge higher in a downward sloping trend channel,” wrote Becker. “Prices are squeezed between support near the 10-day moving average at 1,467, and the 100-day moving average at 1,480. The 10-day moving average crossed below the 100-day moving average which would show that a short-term downtrend is in place. Short term momentum has turned positive but is beginning to decelerate. The fast stochastic generated a crossover buy signal. The current reading on the fast stochastic is 35 accelerating from below the oversold trigger level, but the decline in the trajectory points to consolidation. Medium-term momentum is negative to neutral as the MACD histogram is printing in the red with a rising trajectory which points to consolidation.”

Traders looking to buy the dip can look at the  Direxion Daily Gold Miners Bull 3X ETF (NYSEArca: NUGT), which makes a play on gold miners. NUGT seeks daily investment results, before fees and expenses, of either 300%, or 300% of the inverse (or opposite), of the performance of the NYSE Arca Gold Miners Index.

The index is a modified market capitalization-weighted index comprised of publicly traded companies that operate globally in both developed and emerging markets, and are involved primarily in mining for gold and, to a lesser extent, in mining for silver. The Index will limit the weight of companies whose revenues are more significantly exposed to silver mining to less than 20% of the Index at each rebalance date.