You are at:Home»Leveraged & Inverse Channel»Gold ETFs Could Pale as Risk-On Sentiment Takes Hold 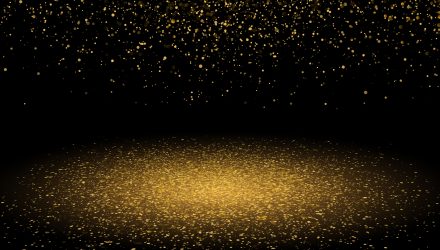 Gold and gold ETFs enjoyed a bounce late last year as the heightened market volatility pushed investors to safety plays, but a renewed risk-on environment could put the gold rally in jeopardy.

The SPDR Gold Shares (NYSEArca: GLD) increased 7.7% over the past three months, with gold futures trading at around $1,289 per ounce, or its highest level since June, while the S&P 500 declined 6.3%.

However, investors remain largely confident that the U.S. economy will still expand, which may benefit riskier assets like stocks. Furthermore, while gold has somewhat benefited from the dovish stance from the Federal Reserve since a lower-for-longer interest rate would weaken the U.S. dollar and support gold prices, the same Fed comments would also bolster stocks and other risky bets for the year.

Gold prices continue to bounce around as traders weigh the Fed outlook.

With gold, “the buying we’re seeing come in is cautious,” Bob Haberkorn, senior market strategist at RJO Futures, told the Wall Street Journal. “People are buying it mostly because of what’s going on with the Federal Reserve. That’s a different type of buying.”