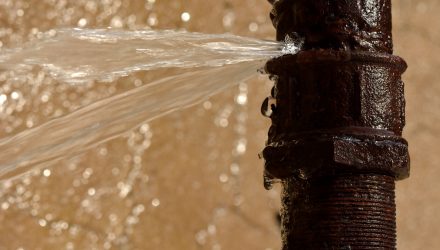 Gains for Leveraged Inverse Oil ETF Anything But a Slow DRIP

With a 55% rise the past month and 12% the past five days, gains have been anything but a slow drip for the Direxion Daily S&P Oil & Gas Exploration & Production Br 3X ETF (DRIP). DRIP has been a beneficiary of oil’s slide in the last six weeks, resulting in a 25% decline into bear market territory.

The drop has been crude’s longest losing streak in more than three decades as its price fell for 12 consecutive sessions to just under $56 per barrel. A confluence of geopolitical events affecting supply and demand have depressed prices, but the number to watch is $50.

“We are clearly in the danger zone,” said Frank Verrastro, a global-energy expert at the Center for Strategic and International Studies. “For U.S. producers, sustained prices below $50 would undoubtedly be problematic for all but the most efficient operators.”

In the meantime, DRIP has made a move above its 200-day moving average in the last five days.

In an effort to boost oil prices that have been languishing for much of this week, Saudi Arabia cut supply shipments of crude en route to the United States. The move appears to be benefitting as Brent crude and WTI crude were both in the green by about 0.50% on Friday.

However, the supply slashing sleight-of-hand might not be viewed by U.S. President Donald Trump favorably in his effort to reduce energy costs. Nonetheless, motorists have been getting a pre-Thanksgiving treat with lower gas prices as the result of the recent declines in oil prices.

In the meantime, the reduction in shipments by Saudi Arabia have been ongoing since September, thanks to data from tanker tracking firm ClipperData. As a result, ClipperData shows that Saudi shipments to the U.S. could reach record-setting low levels at the current rate of reductions.