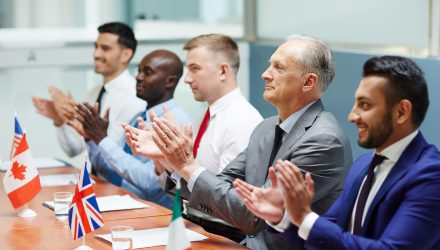 A meeting with high-level officials doesn’t get any higher when U.S. President Donald Trump and Chinese President Xi Jinping will be in the same room at the G-20 Summit scheduled to take place on November 30 in Buenos Aires. The byproduct of the meeting could cause a seismic shift in the markets on a global scale.

An October replete with sell-offs and a start to November that saw U.S. equities rally following the conclusion of the U.S. midterm elections was followed up by the return of trade wars racking the markets. Escalating trade tensions resumed when reports surfaced that President Donald Trump is threatening to install more tariffs, particularly on vehicles manufactured overseas.

Nonetheless, a CNBC report revealed that U.S. companies with manufacturing plants in China aren’t ready to budge just because of the ongoing trade wars. The G-20 Summit, however, could change that.

“A lot of companies are talking about making changes, but (are) not actively making changes,” said Chris Rogers, research analyst at Panjiva, a supply chain data company that’s part of S&P Global Market Intelligence. “Nobody’s going to make any changes until they see how this summit goes between President Trump and President Xi.”

In terms of affecting the markets globally, ask any emerging markets investor whether the trade wars have affected their investments. The tariff-for-tariff battle has certainly wreaked havoc on emerging markets equities this year and more pain could come should a meeting between the two leaders of the world’s largest economies produce a negative result.