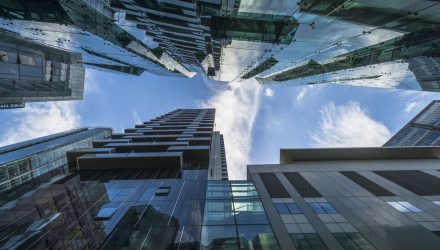 Financial Sector Is Weathering the 2022 Storm Better Than Tech

It’s been a tale of two sectors when specifically looking at technology and finance through the lens of two exchange traded funds (ETFs): the Direxion Daily Technology Bear 3X ETF (TECS) and the Direxion Daily Financial Bear 3X ETF (FAZ). Given the performance of both, the financial sector appears to be weathering the storm better with respect to rising interest rates.

That, of course, could mean that revenue generation is better in the finance sector due to rising interest rates. That could be translating to higher rates in consumer lending products despite lesser demand, which in essence is helping to keep the financial sector afloat.

For tech, however, that doesn’t appear to be the case when looking at TECS, which is up over 50% for the year. TECS seeks daily investment results, before fees and expenses, of 300% of the inverse (or opposite) of the daily performance of the Technology Select Sector Index, which is provided by S&P Dow Jones Indices and includes domestic companies from the technology sector.

FAZ, which is up only 20% in comparison to TECS, seeks daily investment results that equate to 300% of the inverse (or opposite) of the daily performance of the Russell 1000® Financial Services Index. The index is a subset of the Russell 1000® Index, which measures the performance of the securities classified in the financial services sector of the large-capitalization U.S. equity market. 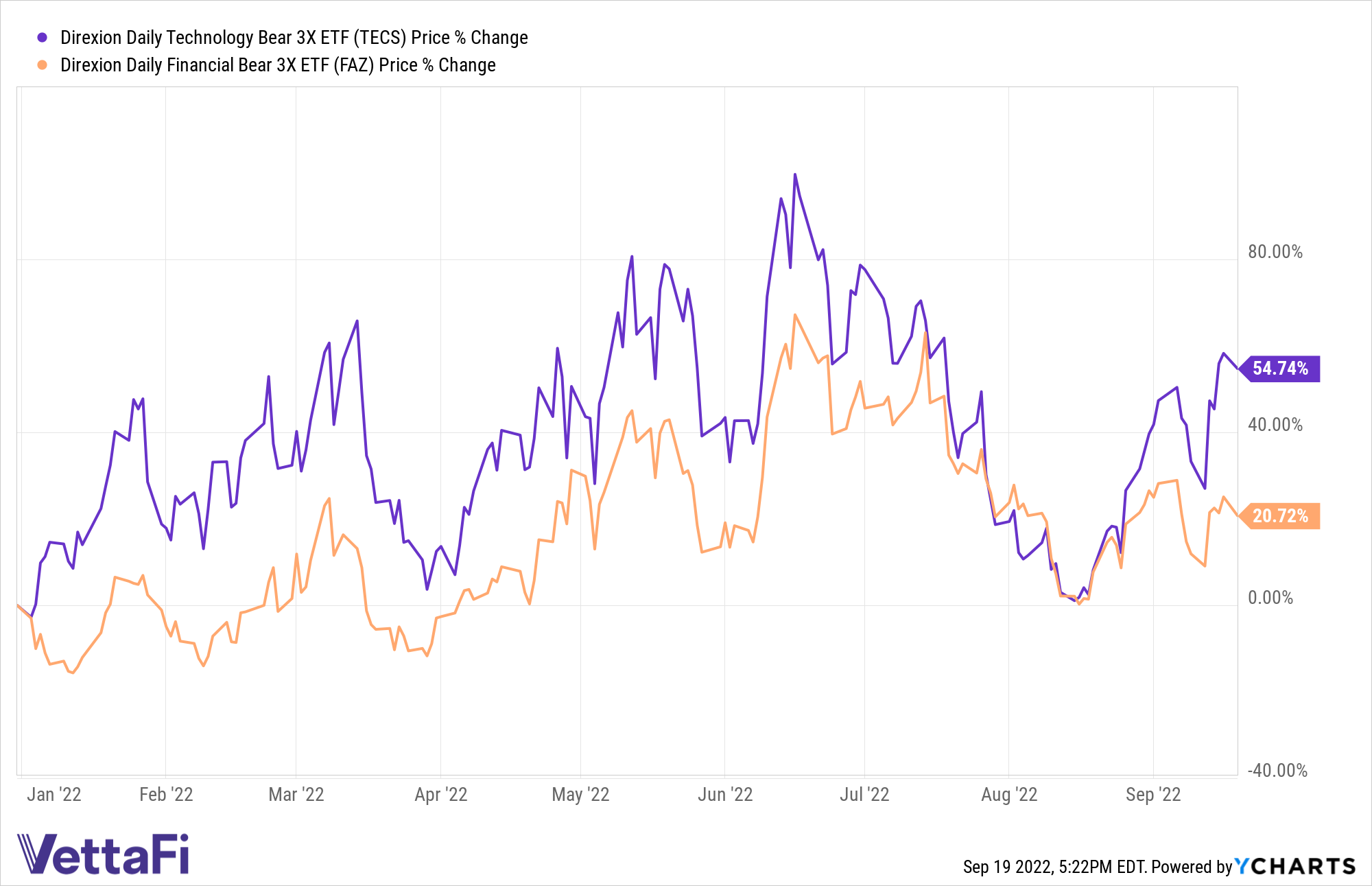 Brighter Prospects Ahead for Tech?

Despite the drop in the Nasdaq-100 and layoffs from big name tech companies, there’s some solace to be found in tech spending. Despite the current climate, tech spending is expected to be stable or even increase within the next year.

According to a CIO article, a “report issued Monday by private investment company Bain Capital indicated that, despite the numerous disruptions to the technology industry—including a global supply chain crisis and Russia’s invasion of Ukraine—most IT decision makers foresee either stable budgets or increases for the coming year.”

“CIOs and CTOs are increasing their technology spending,” wrote head of Bain’s global technology practice, David Crawford, in the report. “Of course, there may be budget pressure in the future, but over the long term, to them—and to us—tech is not so much a cost as an investment that spurs productivity.”