You are at:Home»Leveraged & Inverse Channel»Feeling Aggressive? This Leveraged Oil ETF May Be for You 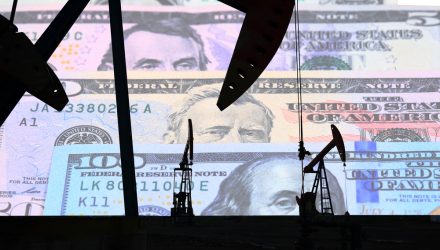 Feeling Aggressive? This Leveraged Oil ETF May Be for You

The start of the week’s trading session saw major U.S. indexes rally with oil prices following the move higher. Taking a look under the hood of ERX, there are some familiar names in big oil, such as Exxon Mobil Corporation and Chevron Corporation, which help explain its over 90% year-to-date gain.

“Oil rallied toward $70 a barrel after OPEC+ chose not to relax supply curbs even as the global economy pulls out of its pandemic-driven slump, confounding widespread expectations the group would loosen the taps,” wrote Saket Sundria in World Oil. “The surprise decision spurred a wave of crude price forecast upgrades by major banks. The producer alliance agreed to hold output steady in April, while Saudi Arabia said that it will maintain its 1 million barrel-a-day voluntary production cut.”

ERX seeks daily investment results equal to 200% of the daily performance of the Energy Select Sector Index. The index is provided by S&P Dow Jones Indices and includes domestic companies from the energy sector, which includes the following industries: oil, gas and consumable fuels, and energy equipment and services.

Oil is continuing its rally behind two major tailwinds: supply cuts by the Organization of the Petroleum Exporting Countries and the global vaccine rollout.

“Crude has soared this year, shepherded higher by OPEC+ restraining supplies and the vaccine-aided recovery in consumption that’s drained inventories,” the World Oil article explained. “The group’s decision represents a victory for Riyadh, which has advocated for restraints to keep prices supported. However, the rally could spur drilling activity by U.S. shale explorers, and stoke global inflationary pressures.”

“The Organization of Petroleum Exporting Countries and its allies including Russia had been debating whether to restore as much as 1.5 million barrels a day of output,” the article added. “As part of the agreement, which was struck at a virtual meeting on Thursday, Russia and Kazakhstan were granted exemptions. The group’s next meeting is set for April 1 to discuss production levels for May.”

ERX’s YTD chart holds the fund squarely in overbought territory with a 74.93 reading in the relative strength index (RSI) confirming the momentum.

For more news and information, visit the Leveraged & Inverse Channel