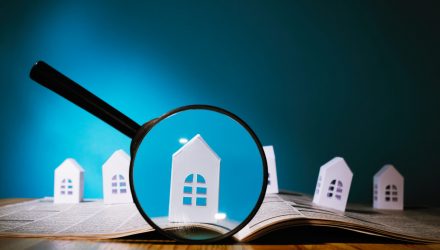 Existing U.S. home sales hit their lowest level in three years last month, according to the National Association of Realtors (NAR), which boosted the Direxion Daily MSCI Real Est Bear 3X ETF (NYSEArca: DRV) by as much as 2.7 percent on Thursday.

DRV seeks daily investment results equal to 300% of the inverse of the daily performance of the MSCI US REIT Index, which is a free float-adjusted market capitalization weighted index that is comprised of equity REITs that are included in the MSCI US Investable Market 2500 Index. DRV invests in swap agreements, futures contracts, short positions or other financial instruments that, in combination, provide inverse or short leveraged exposure to the index.

According to the data released by NAR, existing home sales dropped 1.2 percent to a seasonally adjusted annual rate of 4.94 million units during the month of January. This was the lowest level since November 2015 and fell under analysts’ expectations of 5.0 million units.

However, the pace of December’s sales was revised slightly higher. January’s fall comes after ongoing weakness in the U.S. housing market as existing home sales are down 8.5 percent versus a year ago.

“Existing home sales in January were weak compared to historical norms; however, they are likely to have reached a cyclical low,” said Lawrence Yun, chief economist for the NAR. “Moderating home prices combined with gains in household income will boost housing affordability, bringing more buyers to the market in the coming months.”