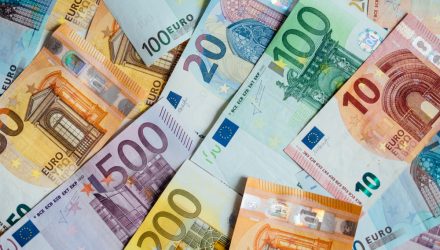 EURL Is Up Over 30% the Past Month

Global inflation has left the European stock market suffering just as much as the rest of the world, but signs of a comeback could be apparent in the Direxion Daily FTSE Europe Bull 3X ETF (EURL), which is up about 30% within the past month.

In terms of, say, the S&P 500, Europe’s benchmark index, the FTSE 100, has actually fared quite well. The index is down about 2% while the S&P 500 is down over 20%, giving traders in European markets some level of stability.

With its triple leverage, EURL seeks daily investment results that are equal to 300% of the daily performance of the FTSE Developed Europe All Cap Index. The index itself is a market capitalization-weighted index that is designed to measure the equity market performance of large-, mid-, and small-cap companies in developed markets in Europe.

The European markets are paying close attention to what’s happening in the U.S. with regard to inflation and how much the U.S. Federal Reserve is tightening its monetary policy. In the short term, October’s inflation data could give an idea of how the Fed will adjust its monetary policy if necessary.

The Fed and other central banks have been increasing rates in order to keep inflation in check for most of the year. The question is whether too many rate hikes could spin the economy into a recession.

“Traders were also looking ahead to the release of October’s US inflation data, with economists polled by Refinitiv expecting a 0.6 per cent month-on-month increase in consumer prices, slowing the annual rate to 8 per cent from 8.2 per cent,” a Financial Times report said.

“A higher than expected reading would pile pressure on the US Federal Reserve to maintain its policy of aggressive interest rate rises to combat inflation,” the report added. “The central bank has delivered four consecutive rises of 0.75 percentage points this year to slow rising price growth.” 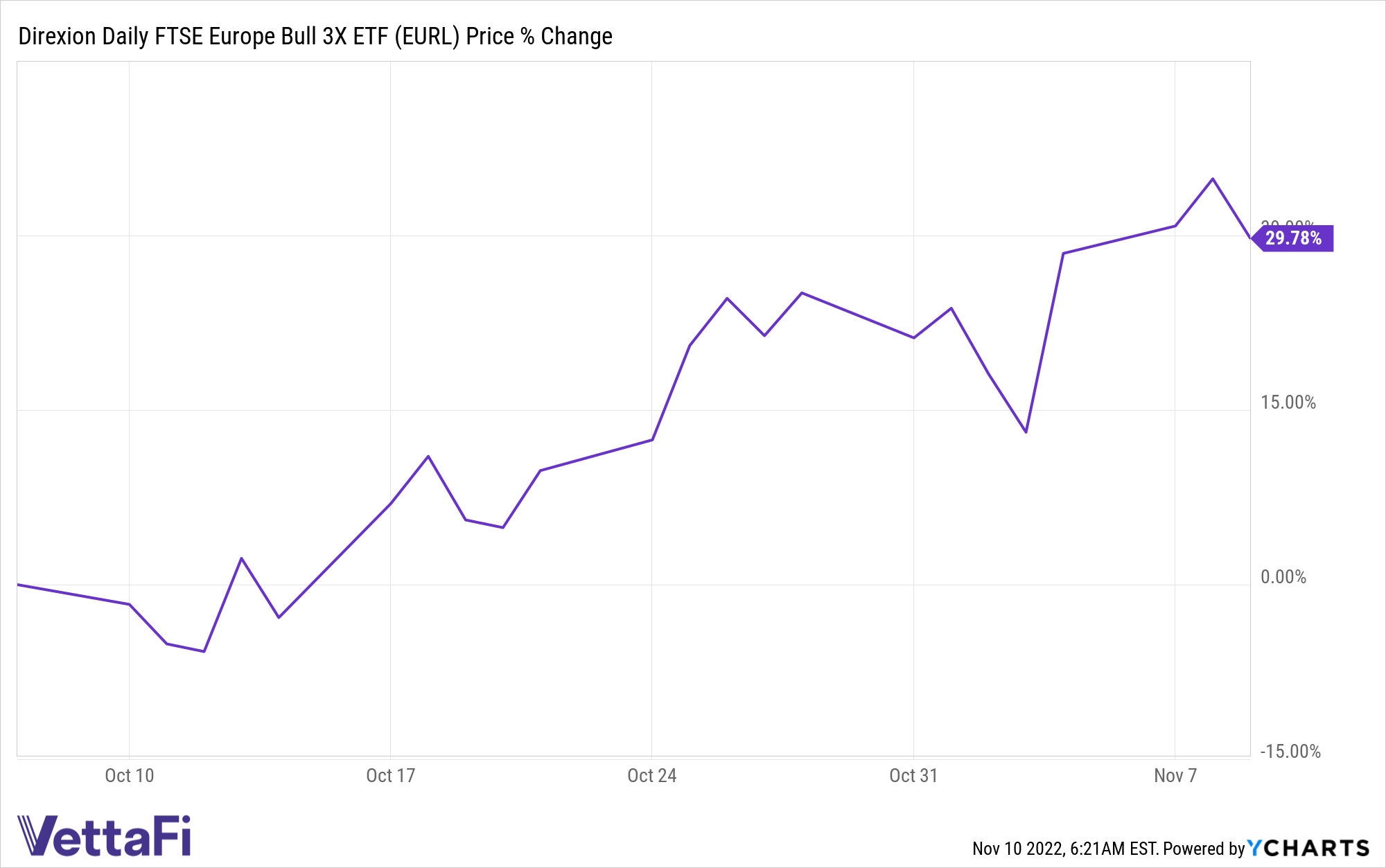 An Indirect Play on the U.S. Market

For traders looking to play a domino effect on the U.S. stock markets, EURL could be an ideal play to mimic the markets when data reveals some level of correlation. Of course, if traders want direct exposure to the U.S. markets, they can consider the Direxion Daily S&P 500® Bull 3X Shares ETF (SPXL).

Like EURL with its triple leverage, SPXS seeks daily investment results equal to 300% of the daily performance of the S&P 500 Index. When juxtaposing the two funds together, EURL is edging out SPXL over the past month, but the common trend is short-term upside. 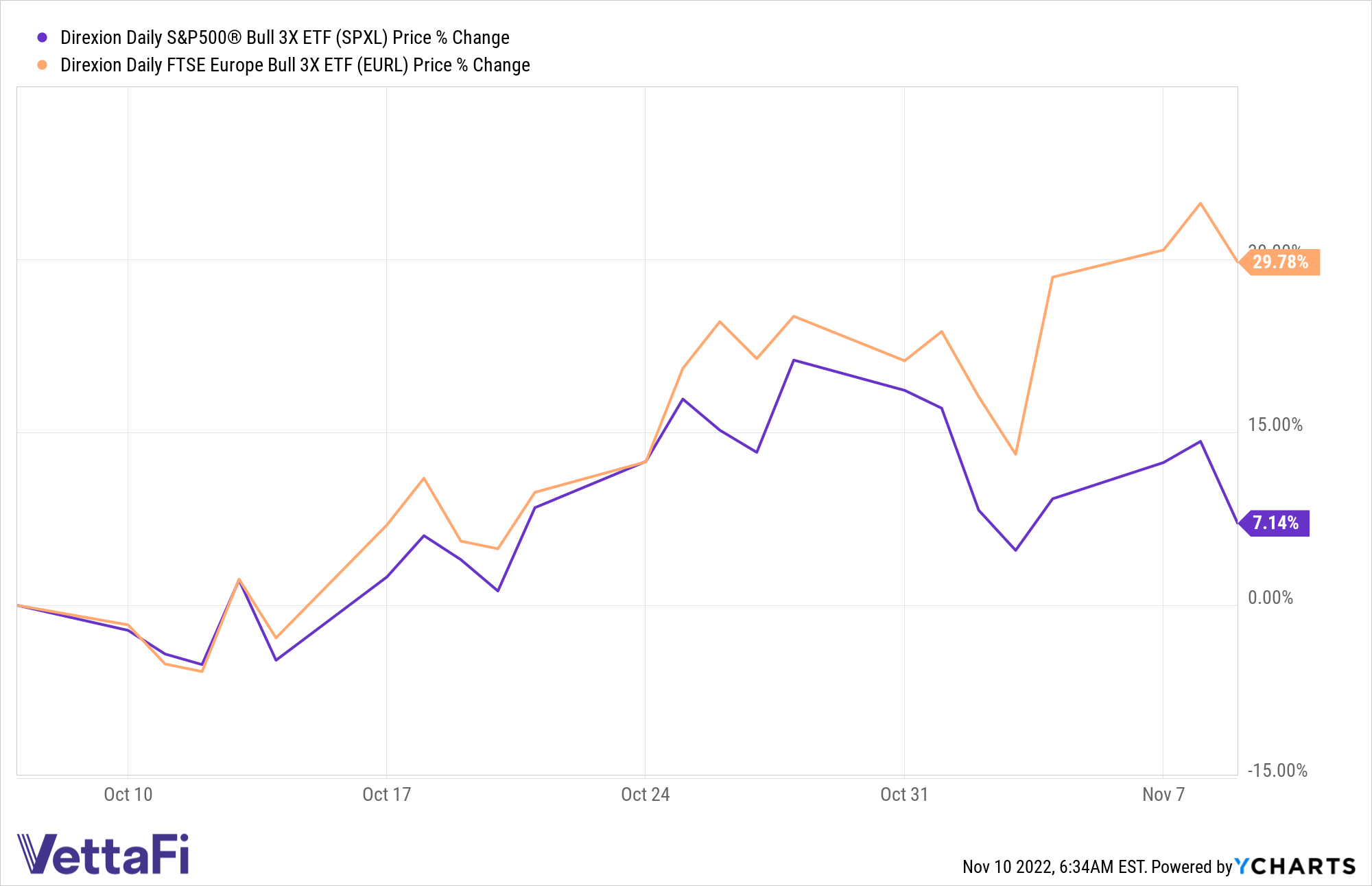