You are at:Home»Equity ETFs»ETF Plays for a Divided Midterm Elections 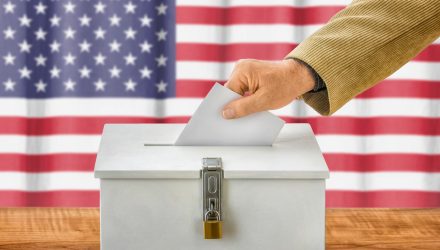 With a contentious midterms election season coming up, many anticipate a split government that could potentially impact the way ETF investors ride the markets ahead.

“If the consensus expectation of a divided government turns out to be correct, the most likely political consequences would be an increase in investigations and uncertainty surrounding fiscal deadlines,” David Kostin, Goldman’s chief U.S. equity strategist, said in a note.

For example, the rise in government-backed investigations could lead to impeachment proceedings against President Donald Trump. Kostin pointed out that fiscal deadlines could also lead to government shutdown concerns, which previously overturned markets.

Consequently, investors who are seeking a hedge against further weakness in the markets may turn to alternative ETF strategies. For those who are wary of any potential pullbacks in the S&P 500 index, there are a number of bearish or inverse ETF options with varying levels of leveraged exposure to capitalize off a weakening S&P 500.