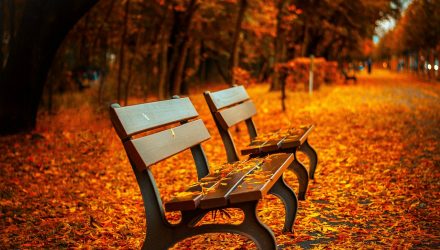 ETF Investors Shouldn’t Be Too Worried About October Jinx

ETF investors may have to buckle up as the month of October, or also known as “the jinx month,” has been marked by some historic crashes and other volatile markets.

According to the Stock Trader’s Almanac, October is the “the jinx month” because of the number of major selloffs that occurred in the past for the month, reports Ryan Vlastelica for MarketWatch.

Historically, the Dow Jones Industrial Average returned an average 0.6% over October, which has made it the seventh-best month of the year. In the past 67 years, October has been positive for the blue-chip average 40 times and negative in 27 times.

The S&P 500 typically added 0.9% over October, which is also good enough for seventh place, with the same ratio of positive October months to negative ones as the Dow.

Meanwhile, the Nasdaq Composite Index’s October was historically the eighth-best month of the year, going back 46 years. The index historically gained 0.7% over the month and was positive 25 of the past 46 years.