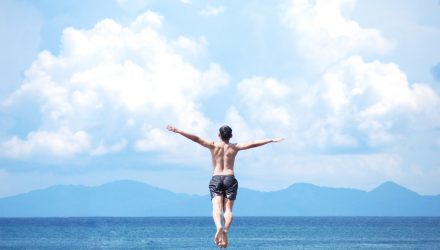 ETF Investors Are Diving Back Into Tech

Among the most popular ETFs over the past week, the Direxion Daily Semiconductor Bull 3X ETF (SOXL) attracted $1.3 billion in net inflows, the Technology Select Sector SPDR Fund (NYSEArca: XLK) added $600 million in inflows, and the Invesco QQQ Trust (QQQ), which tracks the tech-heavy Nasdaq-100, saw $380 million in inflows, according to ETFdb data.

“When you look at it from a sector perspective, the sectors that can pass some of those price increases on to consumers are the ones that have held up better this year,” Mona Mahajan, senior investment strategist at Edward Jones, told the Wall Street Journal. “That’s a trend we expect to continue, at least in the near term.”

The technology segment is also rebounding as bond yields retreat. Yields on benchmark 10-year Treasury notes have pulled back from three-year highs.

“Bond yields may have gotten ahead of themselves, and they’re dropping lower today,” David Carter, managing director at Wealthspire Advisors, told Reuters. “This helps almost all equities, but particularly growthy areas like tech.”

Technology and growth stocks previously suffered the brunt of the selling in the wake of rising interest rates as growth stocks rely more on future growth, which is discounted in a rising rate environment.

Minutes from the latest recent Federal Reserve policy meeting and subsequent remarks from members have increased bets for a number of 50-basis-point interest rate hikes in the months ahead as the central bank tries to curb four-decade high inflation levels without triggering a recession.

“It’s obvious now that the Fed is singing off the same song sheet, more tightening is coming,” Carter added. “Much of this, however, is priced in and expected.”