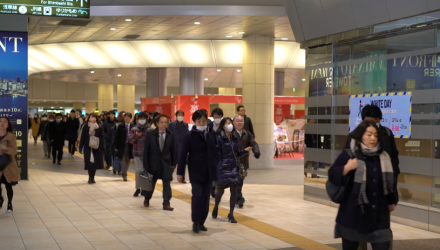 Traders eyeing the Direxion Daily Japan Bull 3X ETF (NYSEArca: JPNL) may be taking notice of the market buzz surrounding the country’s improving economy, but trade wars between the United States and China could still weigh heavily on the leveraged ETF.

Amid the trade scuffle between the U.S. and China, discussions between Japanese Prime Minister Shinzo Abe and U.S. President Donald Trump regarding trade have largely been positive. Both leaders have managed to eschew the back-and-forth barbs that President Trump and Chinese President Xi Jinping have been exchanging on the topic of trade.

Both leaders are expected to meet at the G-20 Summit in Buenos Aires at the end of this month, but in the meantime, JNPL traders can sleep easy knowing the Cabinet Office reported that the economy is improving.

“The Cabinet Office maintained its headline assessment that the economy ‘is recovering at a moderate pace’ in the November edition of its monthly economic report and held to its views on key elements including private consumption, capital spending and exports,” a Japan Times report noted.

Near the end of a tumultuous October month for investors in U.S. equities until now, JPNL gained 3.2%. While U.S. stocks have been languishing, a flight to Japanese equities could be materializing as the U.S. begins to show signs of its late market bull run ending while Japan’s economy begins to rally.