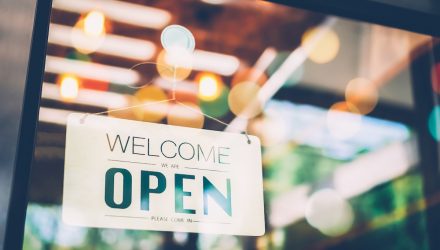 Fourth-quarter earnings seasons is all but over, but one group still has some marquee reports to contend with: retail. This week, more than 18.50% of the S&P Retail Select Industry Index (SPSIRETR) steps into the earnings confessional.

RETL seeks daily investment results equal to 300% of the daily performance of the S&P Retail Select Industry Index. The index is a modified equal-weighted index that is designed to measure performance of the stocks comprising the S&P Total Market Index that are classified in the Global Industry Classification Standard (GICS) retail sub-industry.

Earlier this month, RETL was boosted after Walmart reported that sales at U.S. stores that were open at least a year went up 4.2 percent. Analysts were expecting a sales gain of 2.96 percent, according to IBES data from Refinitiv.

The recent retail sales data revealed every major retail category, aside from motor vehicles and building materials, experienced a decline in sales over December – a closely observed month for the year, especially for department stores and other clothing shops, the Wall Street Journal reports. The seasonally adjusted 1.2% dip was the fastest decline since 2009 and was a stark contrast to economists’ expectations for a 0.1% rise.

RETL’s underlying index allocates over a quarter of its weight to apparel retailers and 19.34% to Internet retailers. Automotive and specialty retailers combine for over 29% of the index’s weight.

“Some analysts have mentioned of late that discount retailers could soon see notable revenue growth if consumer spend continues to slow and shoppers move away from high-end stores and into discounters potentially,” reports TheStreet.com.

Perhaps in anticipation of this week’s slew of earnings reports, volume in RETL has recently been trending higher. For the five days ended February 25, RETL’s volume was more than 66% above the trailing 20-day average, according to Direxion data.

For more on inverse and leveraged ETFs, please visit or Leveraged & Inverse Channel.