You are at:Home»Leveraged & Inverse Channel»Earnings: Just What Kind Of Recession Is This? 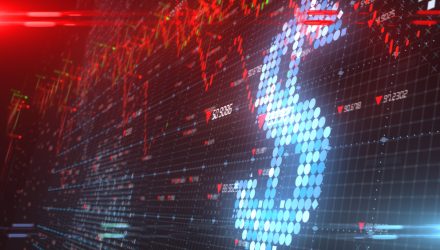 Earnings: Just What Kind Of Recession Is This?

The Commerce Department’s projection of a -32.9% annualized decline in the nation’s second-quarter GDP output cast new light on how deeply the ongoing pandemic is impacting the country’s primary gauge of productivity.

Beyond that eye-catching figure, the release also highlights how Americans are anticipating what the rest of the year might look like. For instance, the report also showed that the personal savings rate rose more than 25% in Q2 as personal outlays fell by more than 10%, all while the unemployment rate remained above 10%. In aggregate, it shows Americans aren’t taking chances with how they’re spending their cash, especially as the precarious viral situation continues to threaten further lockdown measures and keep many consumers on the economic sidelines.

At the same time, other global economic indicators have also revealed some telling trends. Through July, gold prices reached an all-time nominal high just below $2,000/oz while crude’s rally has stalled at $40 as global stockpiles continue to balloon. Meanwhile, demand for rate-sensitive instruments has remained high, with rising prices pushing the treasury yield on 20-year notes to just over 1% while the yield on 5-year notes struggles to remain over a modest 0.2%.

Yet, despite the clear recessionary environment and unclear public health outlook, the broad market is managing to hold water. Most major indexes are at or within striking distance of new all-time highs even as corporate earnings show the scars of the previous five months of shutdowns, layoffs and other pandemic-induced privations.

Which presents the question, what kind of recession is this and is it even comparable to previous recessions? Given the circumstances — not only underlying the cause of the recession but also the modern business environment of the 21st century — it makes sense to ask if we are in the first of an entirely novel kind of economic downturn, one prompted by global calamity yet buffered by modern advances in technology and logistics.

Below, we’ll take a look at several top-performing leveraged sector and industry ETFs—instruments commonly used to express a short-term point of view about a market— and analyze how their performance reflects the earnings of some of their major components and their outlook for the remainder of the year.

In a surprising show of resilience in the face of hardship, the transportation sector managed to squeeze up substantially through July on the back of signs of hope in the financial results of many of its components. As shown in the chart for the Direxion Daily Transportation Bull 3X Shares (TPOR) — which tracks 300% the daily returns of the Dow Jones Transportation Average— the broad sector is pushing a new six-month high on the back of a string of encouraging reports from the index’s biggest players.

Source: Bloomberg Data. Data as of August 10, 2020. Past performance is not indicative of future returns. The investment return and principal value of an investment will fluctuate. An investor’s shares, when redeemed, may be worth more or less than their original cost. Current performance may be lower or higher than the performance quoted.

For the fund’s standardized and most recent month-end performance click here www.direxion.com/etfs

July earnings deliveries from freight and logistics companies led off the recent rally. JB Hunt Transportation Services Inc. (JBHT) led off the segment by topping analyst estimates and surging to a new all-time high. Although revenue was down from Q2 2019, analysts saw long-term growth potential thanks to the company’s ability to maintain solid operating margins.

A similar trend emerged in other logistics names like Expeditors International of Washington, Inc. (EXPD) and C.H. Robinson Worldwide, Inc. (CHRW), with both topping top- and bottom-line expectations and pushing to new all-time highs.

However, the largest stock turnaround in the transportation sector so far has been in United Parcel Service, Inc. (UPS), which exceeded sales expectations despite a modest $500 million year-over-year revenue drop. But what really interested investors was the company’s quarterly EPS figure that ended up being double what many analysts were anticipating and helped boost the stock by more than 20% in less than a week.

While the sector, like the rest of the economy, remains susceptible to supply chain disruptions and slim operating margins, these recent results reveal that companies were able to surmount what has so far been the worst of the pandemic with relative stability. While transportation is not typically a resilient sector during a recession, their role as essential services and their adoption of advanced logistics services have proven critical during this time of uncertainty and may again should the remainder of 2020 turn out like the first half.

The Consumer’s not Dead.  Far from It.

Another sector that isn’t often associated with its performance during a recession, retail giants have instead been able to leverage their online sales and direct-to-consumer practices to buck prior recessionary trends. This is evident in the recent performance of the Direxion Daily Retail Bull 3X Shares (RETL), which rose by roughly 55% through July.

Source: Bloomberg Data; Data as of August 10, 2020. Past performance is not indicative of future returns. The investment return and principal value of an investment will fluctuate. An investor’s shares, when redeemed, may be worth more or less than their original cost. Current performance may be lower or higher than the performance quoted.

For the fund’s standardized and most recent month-end performance click here www.direxion.com/etfs

The majority of retail companies that have outperformed in this period have largely done so thanks to this increased emphasis on online sales. Online-only retailers like Etsy, Inc. (ETSY) and Wayfair Inc. (W) both surged by more than 20% in the days surrounding their most recent earnings deliveries in early August and both have provided guidance well above previous analyst estimates.

The trend toward online sales has even helped reverse the fortunes of historically underperforming stocks. Overstock.com, Inc. (OSTK), which hit an all-time low of $2.50 earlier in the year, is now sitting at an all-time high above $95 after delivering its first bottom-line profit since 2016. A similar story has emerged around Stamps.com Inc. (STMP), which has spent the past 52-week rebounding almost 750%, most of that momentum occurring through this summer as the company managed to grow its revenue 11% year-over-year.

While Commerce Department data does show reticence on the part of consumers, online retailers are seemingly bucking the trend for the time being. While consumer spending trends can be capricious during a recession —especially one that has prevented many Americans from returning to work — government stimulus packages and a resilient supply chain has so far managed to give online retailers an advantage as brick and mortar struggles to keep business despite lockdown and social distancing measures.

Finally, housing has always been one of the key bellwethers of economic stability in the U.S. And while things may seem far from stable, home prices and demand have so far remained solid through the summer home buying season thanks in large part to record-low interest rates and tight supply.

This persistent trend helped homebuilding stocks surge for the better part of the past few years, and recent action has been no less enthusiastic. Tracking the Dow Jones U.S. Select Home Construction Index, the Direxion Daily Homebuilders & Supplies Bull 3X Shares (NAIL) rose by more than 70% over the course of July as the majority of homebuilding tentpoles blew analyst expectations out of the water.

Source: Bloomberg Data; Data as of August 10, 2020. Past performance is not indicative of future returns. The investment return and principal value of an investment will fluctuate. An investor’s shares, when redeemed, may be worth more or less than their original cost. Current performance may be lower or higher than the performance quoted.

For the fund’s standardized and most recent month end performance click here www.direxion.com/etfs

Among those tent poles are companies like D.R. Horton, Inc. (DHI), Lennar Corporation (LEN) and PulteGroup, Inc. (PHM), each of which has risen more than 20% through their July reporting period and are at or above all-time highs in the first few days of August.

But while it is among the best performing sectors in the midst of the pandemic-driven recession, the real estate sector is also the one with the longest bullish cycle behind it and is therefore susceptible to potential volatility. According to the S&P/Case-Shiller U.S. National Home Price Index, home values have shown consistent annual growth of between 3-6% over the past 5 years and relative values have far exceeded even the peak of the housing bubble.

Although analysts are quick to point out the conditions surrounding the current housing market are far more stable than they were during the last financial crisis, the question of affordability remains ever present given many American’s financial insecurities. And as the country moves into the fall and winter months bearing the full weight of the pandemic, housing demand could experience the strain first.

While individual economic sectors and the broad market seemingly shrug off the current recession, real estate remains the one segment likely to indicate whether the current “recession” becomes more than a technicality and truly starts impacting companies’ bottom lines.

Short-term performance, in particular, is not a good indication of the fund’s future performance, and an investment should not be made based solely on returns. Because of ongoing market volatility, fund performance may be subject to substantial short-term changes.

Direxion Shares Risks: An investment in the ETFs involves risk, including the possible loss of principal. The ETFs are non-diversified and include risks associated with concentration that results from an ETF’s investments in a particular industry or sector which can increase volatility. The use of derivatives such as futures contracts and swaps are subject to market risks that may cause their price to fluctuate over time. The ETFs do not attempt to, and should not be expected to, provide returns which are a multiple of the return of their respective index for periods other than a single day. For other risks including leverage, correlation, daily compounding, market volatility and risks specific to an industry or sector, please read the prospectus.