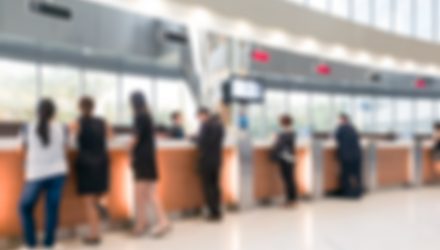 The SPDR S&P Regional Banking ETF (NYSEArca: KRE), the largest regional bank exchange traded fund, just cannot seem to get out of its own way and some investors are not sticking around to see what comes next.

Monday was a strong day for the broader market, but KRE modestly declined, extending its year-to-date loss to 5.39%.

Risk-tolerant traders who want capitalize on the short-term volatility have a number of leveraged and inverse ETF options to enhance potential returns. For instance, the Direxion Daily Regional Banks 3x Bull Shares (NYSEArca: DPST) can capitalize on short-term views on further strength in the financial sector, or the Direxion Daily Regional Banks 3x Bear Shares (NYSEArca: WDRW) can express short-term hedge of the opposite.

The Struggle Is Real for Banks

“Banks have come under pressure recently as investors worry that rising rates might slow lending and raise the amount the firms have to pay customers in interest,” reports Bloomberg.