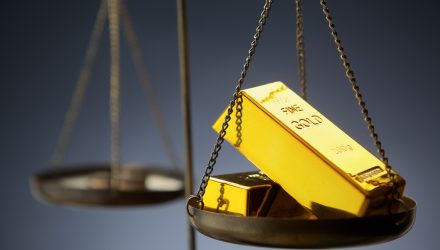 Last Friday’s market session threw its first speed bump of 2020 at investors after a U.S. airstrike on Baghdad resulted in the death of a top Iranian general. Investors flocked to safe havens on fears that the airstrike would result in a larger conflict—this allowed gold to hit a 6-year high.

The unknown of what this latest development could spark could see more strength for gold prices as investors await the ramifications of the air strike.

It is impossible to know what comes next,” Chris Rupkey, chief financial economist at MUFG, said in a note on Friday. “Markets don’t even know what they are waiting for to signal the all-clear siren.”

A full statement from the Department of Defense stated the following: “At the direction of the President, the U.S. military has taken decisive defensive action to protect U.S. personnel abroad by killing Qasem Soleimani, the head of the Iranian Revolutionary Guard Corps-Quds Force, a U.S.-designated Foreign Terrorist Organization.”

“General Soleimani was actively developing plans to attack American diplomats and service members in Iraq and throughout the region. General Soleimani and his Quds Force were responsible for the deaths of hundreds of American and coalition service members and the wounding of thousands more. He had orchestrated attacks on coalition bases in Iraq over the last several months — including the attack on December 27th — culminating in the death and wounding of additional American and Iraqi personnel. General Soleimani also approved the attacks on the U.S. Embassy in Baghdad that took place this week.”

“This strike was aimed at deterring future Iranian attack plans. The United States will continue to take all necessary action to protect our people and our interests wherever they are around the world.”

For many investors, gold is the standard in precious metal investing, which has become more accessible than ever thanks to the advent of the exchange-traded fund (ETF) and funds like the SPDR Gold MiniShares (NYSEArca: GLDM). Gold ETFs can be bought and sold freely via an exchange when compared to physical gold, allowing investors to utilize the hedging properties of gold without having to endure the costs of actually owning and storing the asset like they would with physical gold.

Traders looking to use leverage can look at the Direxion Daily Gold Miners Bull 3X ETF (NYSEArca: NUGT), which makes an indirect play on the precious metal via gold miners. NUGT seeks daily investment results, before fees and expenses, of either 300%, or 300% of the inverse (or opposite), of the performance of the NYSE Arca Gold Miners Index.