You are at:Home»Leveraged & Inverse Channel»Continued Rate Hikes a Boon for ‘TMV’ ETF 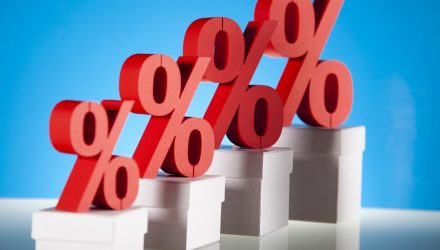 While the U.S. economy continues its forward momentum with tailwinds from a strong stock market that has already seen major indexes like the S&P 500 reach record levels, the Federal Reserve is primed to continue hiking the federal funds rate, which is a boon to the Direxion Daily 20+ Yr Trsy Bear 3X ETF (NYSEArca: TMV).

TMV seeks daily investment results before fees and expenses of 300% of the inverse of the daily performance of the ICE U.S. Treasury 20+ Year Bond Index. TMV invests in swap agreements, futures contracts, short positions or other financial instruments that provide inverse or short leveraged exposure to the index, which is a market value weighted index that includes publicly issued U.S. Treasury debt securities that have a remaining maturity of greater than 20 years.

Based on the latest CNBC Fed Survey, a rate hike in September is all but certain at 98% and the chances of another hike in December is just as strong at 96%. The Fed’s monetary policy meeting began today, and the common notion among the capital markets is that more rate hikes are to come, which could put downward pressure on Treasury debt prices as yields go higher.