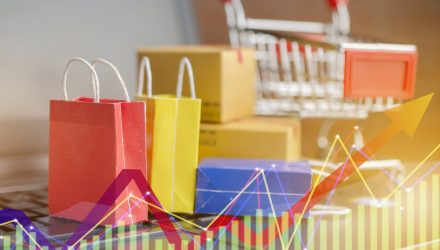 Consumer Sentiment Could Apply More Downward Pressure on This ETF

Lower consumer sentiment is pushing the Direxion Daily Consumer Discretionary Bull 3X ETF (WANT) lower this year, but should the economy avoid a recession, it could get a short-term bump higher with the holidays on the horizon.

Right now, consumers are tightening their finances in addition to the U.S. Federal Reserve’s interest rate policy. Rate increases could be pushing the economy into a recessionary state, giving consumers even less incentive to spend on discretionary items.

“The University of Michigan survey of consumer sentiment measures how U.S. consumers feel about their personal finances, business conditions and buying conditions,” a Wall Street Journal report noted. “Recent surveys have shown that consumers have rarely felt more downbeat about all of these measures.”

“In the past, when consumer sentiment was as depressed as it is today, stocks were in a bear market, unemployment was higher than average or prices were rising faster than usual,” the report noted further.

WANT seeks daily investment results equaling 300% of the daily performance of the Consumer Discretionary Select Sector Index. Like all leveraged exchanged traded products, it can be utilized as a tactical tool for traders. 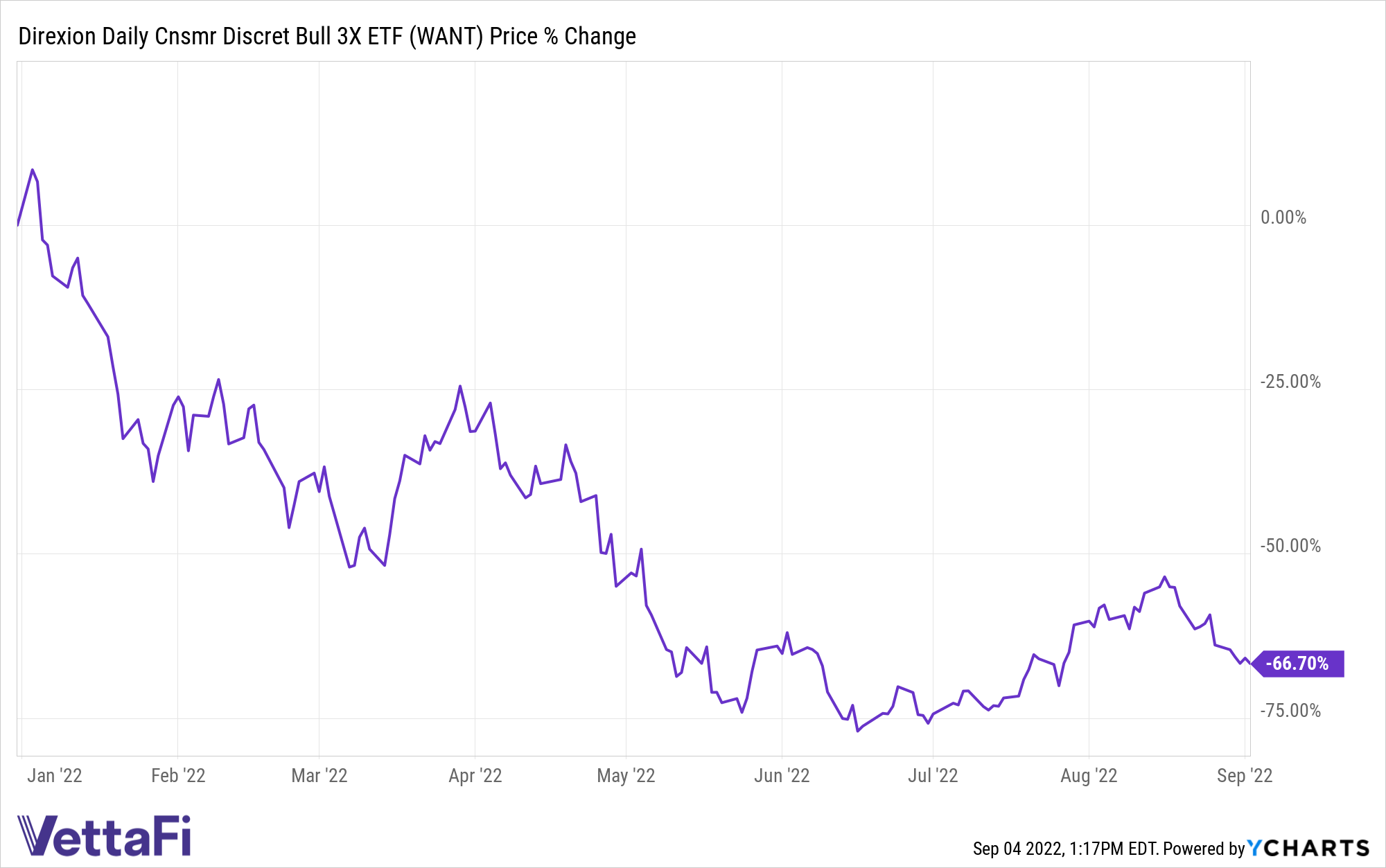 The fund was in the throes of a summer rally, rising above 50% during the month of July before coming back down to earth and following the long-term downtrend. If the Fed manages to pilot the economy to a soft landing with its interest rate policy, more consumer confidence could return, pushing WANT higher again. 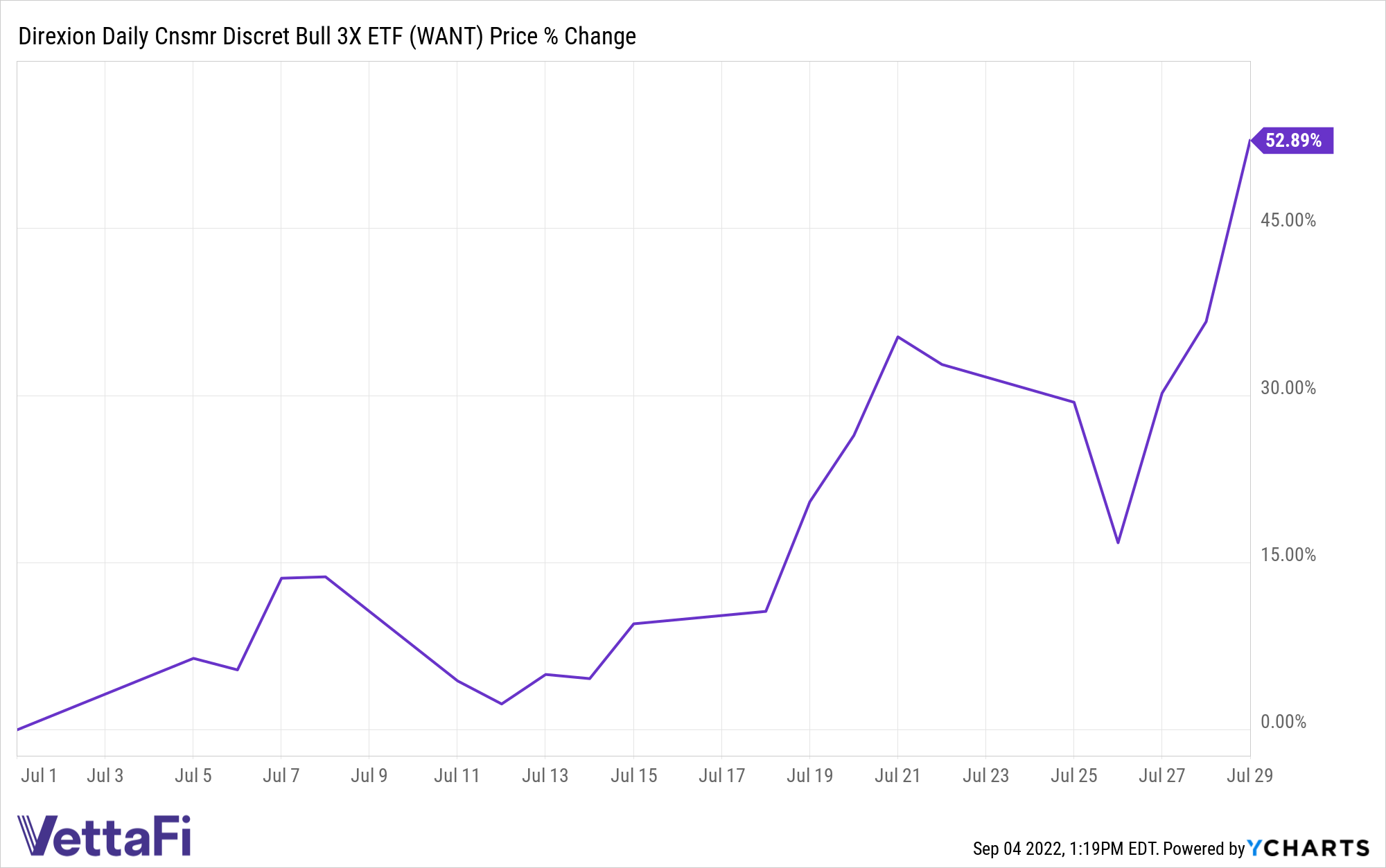 While consumers may shun discretionary purchases given the current economic uncertainty, they can’t do the same when it comes to utilities. Keeping the lights on will certainly get priority from a personal financial standpoint over an exotic vacation, making a play on utilities a viable choice these days.

Given this, one ETF to consider is the Direxion Daily Utilities Bull 3X Shares (UTSL). The fund, which is up almost 13% over the last two months, seeks daily investment results equal to 300% of the daily performance of the Utilities Select Sector Index. 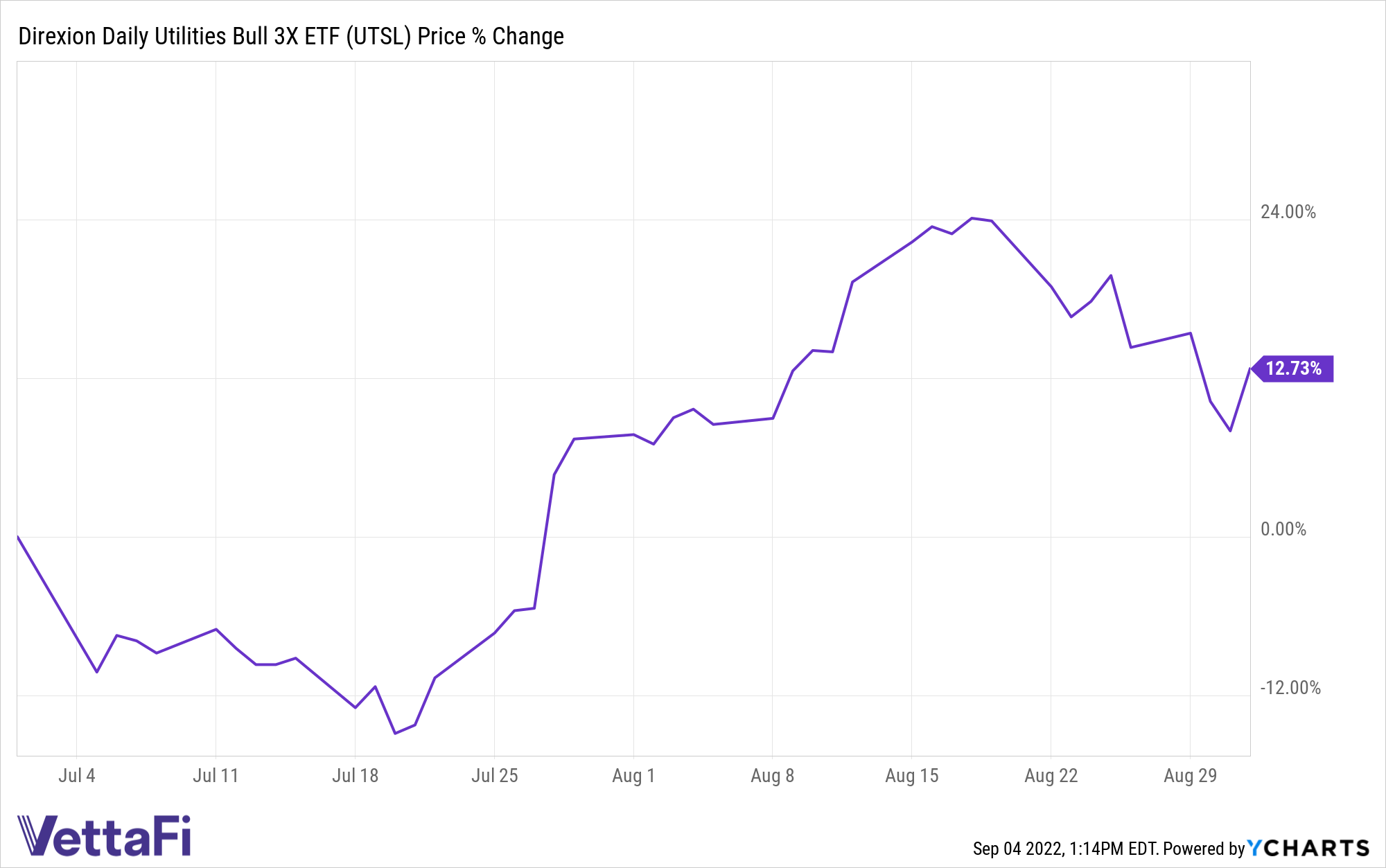