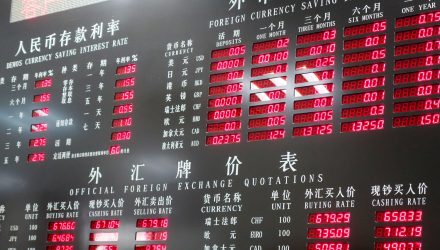 The Asian markets didn’t receive Chinese President Xi Jinping’s rousing speech on the economic progress of China warmly as the major indexes fell following the hour-and-a-half-long discourse at Beijing’s Great Hall of the People on Tuesday.

Xi’s superlatives included future initiatives that will come in the form of “miracles that will impress the world.” However, the Asian markets were anything, but impressed.

“Asian markets followed the US lower overnight as Japan’s Nikkei led the way down, finishing lower by 1.8%. Australia was lower by 1% and Hong Kong and China both finished down over 1% as a speech by China President Xi did little to change sentiment. Korea’s Kospi finished lower by 43 bps,” said Brian Gilman at Virtu Financial.

Xi’s speech espoused support for private companies and state-owned enterprises, but did not include any succinct details on how to accomplish these goals. Furthermore, there was no mention of the progress between China and the United States in solving the ongoing trade wars between the two largest economies.

“For a set note speech aimed primarily at a domestic audience, Xi was perhaps unsurprisingly long on rhetoric and short on details,” said Tom Rafferty, the chief China analyst at the Economist Intelligence Unit.