You are at:Home»Leveraged & Inverse Channel»China Bears Are Up on Bulls for Month of February 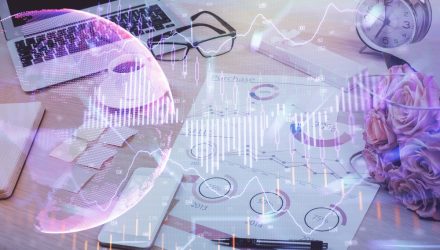 China Bears Are Up on Bulls for Month of February

Traders who thought that China put the Evergrande crisis behind it were betting that an equities comeback for the second-largest economy would play out, but it looks like the bears are back up so far in February.

The Daily FTSE China Bear 3X Shares (YANG) is up 10% so far this month. One of the issues the country is facing is slower-than-expected growth that could be due to less-than-stellar consumption.

“Consumption growth is very flat, which could be a sign that jobs and wages have not grown fast enough to trigger more consumption,” according to a Seeking Alpha article by ING Economic and Financial Analysis. “Among investment, consumption and production, investment growth has been the strongest, but it is still very slow by Chinese standards, which usually sees growth in the mid-teens.”

That’s more than enough fodder for the bears to feed on. As far as the fund goes, YANG seeks daily investment results equal to 300% of the inverse (or opposite) of the daily performance of the FTSE China 50 Index, which consists of the 50 largest and most liquid public Chinese companies currently trading on the Hong Kong Stock Exchange.

Given its triple leverage, only seasoned investors should look at YANG. To summarize its benefits, YANG gives traders the ability to:

Taking the Bullish Side

If China is able to pull out of its economic doldrums, then traders can also play bullishness with the Direxion Daily FTSE China Bull 3X ETF (YINN). The fund essentially takes the opposite of YANG, but allows for the same triple leverage so traders can still get amplified gains.

During the month of January, YINN was actually up on YANG, rising almost 9% while YINN fell 14%. If China can break out of this stagnant growth with help from the government’s fiscal policy and investment, look for the bulls to start running again.