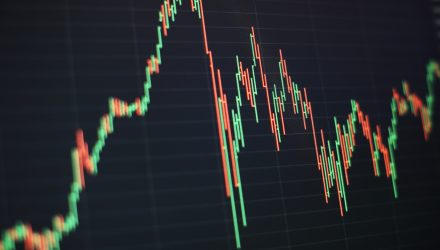 Can Gold Traders Fend Off a Wave of Bearish Selling?

Escalating U.S.-Iran tensions after an air strike that killed an Iranian general last week fed into strength for gold prices to start the trading week. On Tuesday, gold rallied to a 6 ½-year high, but fell the following Wednesday after U.S. President Donald Trump eased the markets following a retaliation from Iran that caused no damage or casualties on U.S. airbases.

“Gold is down sharply as U.S-Iran tensions have been deescalated,” wrote Bill Baruch in Kitco News. “Once this happened, additional pressures have been added by stronger than expected economic data over the last three mornings, beginning with ISM Non-Manufacturing Tuesday, ADP Payrolls yesterday and Weekly Jobless Claims today. Furthermore, Vice Fed Chair Clarida was upbeat on the U.S economy and we now look to Minneapolis Fed President Kashkari, a 2020 voter, at 8:30 am CT, permanent voter, NY Fed President Williams, speaks at 10:30 am CT and Chicago Fed President, who is not a voter this year but was last year, speaks at 1:20 CT. Lastly, do not forget, Nonfarm Payroll is due tomorrow at 7:30 am CT.”

From a technical standpoint, the short-term bullishness could prove just that as traders could be exiting their positions en masse. In addition to key economic data Baruch mentioned, another key factor is to pay attention to central bank actions with respect to the balance sheet—looser monetary policy is allowing rates to stay low and in turn, could translate to more strengths for gold.

“Despite a Bullish Bias as long as Gold maintained a close above 1566.2-1571.7 and stayed buoyed by support as low as 1549.9-1552.4, we pounded the table that traders MUST capitalize on this rally beginning Sunday night,” Baruch added. “Price action will remain susceptible to waves of selling while below our pivot of 1555.2-1558.4 which aligns multiple indicators including our momentum indicator. However, if the bulls can defend those waves of selling at 1552.1-1552.4 there is hope, but hope is not a trading strategy. Below this major three-star support the door is open to 1529.8-1533.2 at minimum. We hold a slight Bullish Bias due to the longer-term trend.”

Investors looking to be buyers if gold takes a dip can certainly look to gold ETFs. Investors can look to funds like the SPDR Gold MiniShares (NYSEArca: GLDM).

Gold ETFs can be bought and sold freely via an exchange when compared to physical gold, allowing investors to utilize the hedging properties of gold without having to endure the costs of actually owning and storing the asset like they would with physical gold.

Traders looking to use leverage can look at an indirect play via miners through the Direxion Daily Gold Miners Bull 3X ETF (NYSEArca: NUGT). NUGT seeks daily investment results, before fees and expenses, of either 300%, or 300% of the inverse (or opposite), of the performance of the NYSE Arca Gold Miners Index.