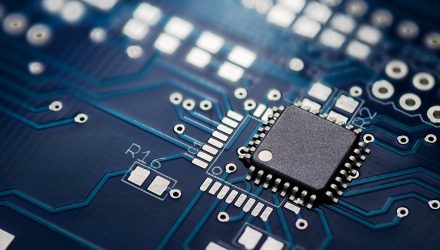 Still, some analysts believe there is opportunity in the currently downtrodden semiconductor space.

“According to Piper Jaffray’s chief market technician, Craig Johnson, now could be the time to ‘put some chips back on the table’ since the market is ‘shifting more from defense into more of an offensive move,’” reports CNBC.

Investors could be paying up for future catalysts for semiconductor and broader technology names. If there is a silver lining for the rising valuations on chip stocks it is that some industry observers believe the group’s valuations should not be measured in the traditional sense because of the evolution of the semiconductor business.