You are at:Home»Leveraged & Inverse Channel»“Billions of Dollars” From Saudis Could Fuel Leveraged Natural Gas ETF 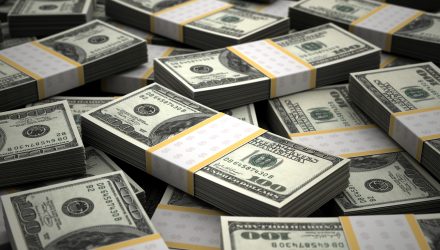 Saudi Aramco is already an owner of Motiva, which is the biggest U.S. oil refinery.

“We have agreed to bring an additional $10 billion in the Motiva refining complex,” said Nasser, while attending the World Economic Forum in Davos, Switzerland. “We do have appetite for additional investments in the United States. Aramco’s international gas team has been given an open platform to look at gas acquisitions along the whole supply chain. They have been given significant financial firepower–in the billions of dollars.”

In order to implement its natural gas strategy, Saudi Aramco will need a $150 billion investment in the next 10 years. According to Nasser, the company will increase its output as it seeks to be a major gas exporter.

Aramco also seeks to be global leader in chemicals with plans to acquire a strategic stake–70 percent–in Saudi Arabia’s SABIC 2010.SE, which is the world’s fourth largest petrochemicals maker. To finance the acquisition, the company plans to issue bonds worth $10 billion in the second quarter of 2019.

“Since 2018, we have been preparing quarterly results. We will publish our financial results as part of the bond issuance process,” Nasser said. “I can tell you that investors will like our results; 2017 was a good year and 2018 was even better. We are trying to close the transaction with SABIC soon.”