You are at:Home»Leveraged & Inverse Channel»Big Flows for ETFs That Short QQQ, Dow 30, S&P 500 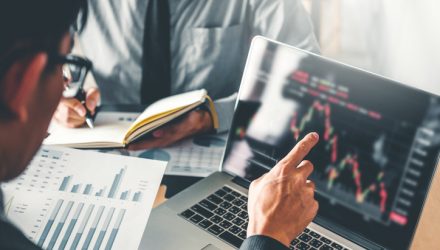 It’s been a busy week for savvy traders with extra doses of volatility in the markets since Monday. Accordingly, there have been significant fund flows in the past week into ETFs that short QQQ, Dow 30 and S&P 500.

Investors who are seeking a hedge against further weakness in the markets may turn to alternative ETF strategies. For instance, those who want to hedge against risk in the Dow Jones Industrial Average utilized inverse ETFs to bolster their long equities positions. The DOG ETF tries to reflect the -100% daily performance of the Dow Jones Industrial Average. For the more aggressive traders, the ProShares UltraShort Dow 30 ETF (NYSEArca: DXD) takes the -200% of the Dow Jones and the ProShares UltraPro Short Dow 30 (NYSEArca: SDOW) reflects the -300% of the Dow.