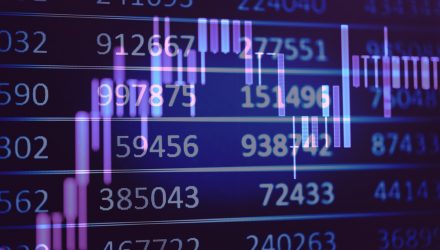 Bearish on Small Caps? Lever Up with Direxion’s ‘TZA’

The Russell 2000 was up about 20% by mid-March, highlighting the narrative of small cap strength in 2021. Lately, however, there’s been less wind in the sails, which could help the Direxion Daily Small Cap Bear 3X Shares (TZA).

Overall, the Russell 2000 is still up 14% for the year, but has fallen 6% since that mid-March high. As such, profit-taking in small caps could give TZA a shot in the arm.

TZA seeks daily investment results of 300% of the inverse (or opposite) of the daily performance of the Russell 2000® Index. The fund invests in swap agreements, futures contracts, short positions, or other financial instruments that, in combination, provide inverse (opposite) or short leveraged exposure to the index equal to at least 80% of the fund’s net assets.

The index measures the performance of approximately 2,000 small-capitalization companies in the Russell 3000® Index, based on a combination of their market capitalization and current index membership.

TZA has been stuck in oversold levels and what goes down (bearishness in the Russell 2000) must eventually come up. Traders can keep this fund on their watch lists and take advantage of any short-term pullbacks in the small cap index.

“Given the wide performance gap, a number of investors have likely found themselves overweight in their allocation towards small caps which would necessitate the need for rebalancing, causing some downward pressure on small caps,” wrote Paul Hickey, co-founder of Bespoke Investment Group, according to a Business Insider report.

Is the Small Cap Weakness Only Temporary?

Is the small cap weakness simply a flash in the pan? According to the Business Insider article, “this quarter marks the 10th time the Russell 2000 was outperforming the S&P 500 by more than 10 percentage points on a quarter-to-date basis heading into the final week of the quarter.”

“Of the prior nine occurrences, the Russell 2000’s performance during the last week of the quarter was negative six out of nine times for an average decline of 1.67%,” or a median decline of 1.52%.

Of course, for bullish traders can always opt for the other side of the trade. This is where the Direxion Daily Small Cap Bull 3X Shares (TNA) comes in.