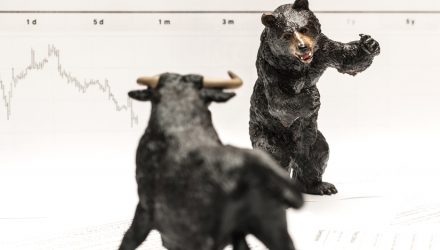 The stock market volatility doesn’t appear to be subsiding. Every time it’s appeared that some market stability could be returning with a rally, it’s proven to be short-lived — a probable reason why the Direxion Daily S&P 500 High Beta Bear 3X Shares (HIBS) is up over 30% year-to-date.

Inflation data will continue to be the main driver for the markets as investors continue to absorb the latest figures on the consumer price index. The more inflation, the higher the expectation of rising interest rates from the Federal Reserve.

Most recently, the May consumer price index report notched its highest level since 1981. The report also showed that prices rose 8.6% year-over-year, which came in higher than the expected 8.3% from economists surveyed by Dow Jones. 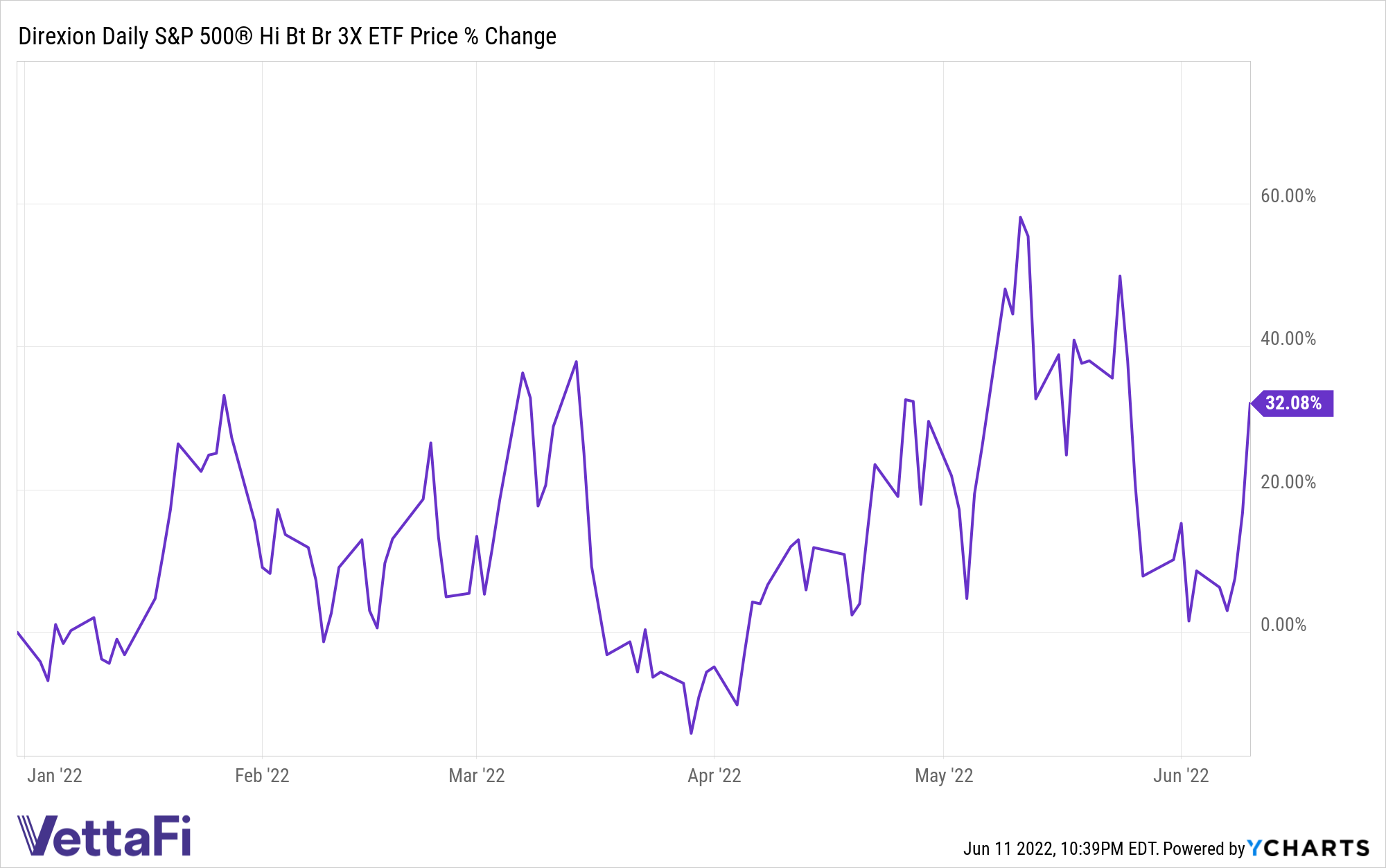 HIBS seeks daily investment results, before fees and expenses, of 300% of the inverse (or opposite) of the daily performance of the S&P 500® High Beta Index. The fund invests in swap agreements, futures contracts, short positions, or other financial instruments that, in combination, provide inverse (opposite) or short leveraged exposure to the index equal to at least 80% of the fund’s net assets.

The index provider selects 100 securities to include in the index from the S&P 500® Index with the highest sensitivity to market movements, or “beta” over the past 12 months as determined by the index provider.

HIBS could continue to see strength if consumer sentiment keeps dropping. The Fear and Greed Index was near the “Extreme Fear” level as of June 11, highlighting concerns that a forthcoming recession could result from increased rates that could stifle economic growth.

“It just reinforces the impact the CPI number had on consumer psyche. We can guess this is going to have a negative future impact on consumer spending. It’s a shocking number, but this is what inflation does when it’s running as hot as it is,” said Peter Boockvar of Bleakley Advisory Group.