You are at:Home»Leveraged & Inverse Channel»Bank Earnings Deluge Could be Huge For These ETFs 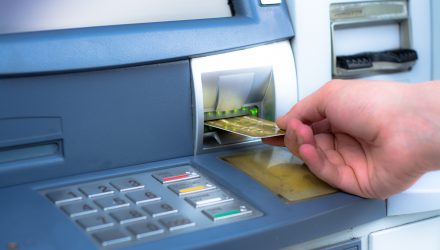 Bank Earnings Deluge Could be Huge For These ETFs

An avalanche of third-quarter earnings reports from the lagging financial services sector are expected starting this week. With some analysts and sector observers not enthusiastic about banks’ near-term prospects, inverse leveraged exchange traded funds could step into the earnings season spotlight.

Near-Term View for ‘FAZ’ and ‘WDRW’

FAZ and WDRW will be immediately tested by third-quarter earnings. Over the next two weeks, nearly 41% of the Russell 1000 Financial Services Index delivers earnings. During that same period, more than 55% of the S&P Regional Banks Select Industry Index reports quarterly results.

“According to Bove, the Federal Reserve’s current rate hike policy will become detrimental to financials — particularly traditional banks,” according to CNBC.