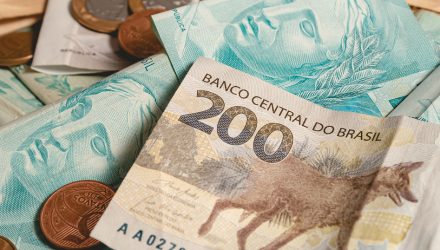 “Brazil’s real is now at a more ‘favorable’ level and is likely to strengthen much further, Economy Minister Paulo Guedes said on Wednesday, the day the currency hit a one-year high of 4.9386 per dollar,” a Reuters report noted. “In an online event hosted by the Sao Paulo Federation of Industries, Guedes said a ‘consistent and coherent’ policy mix will push the dollar further below 5.00 reais and help keep the long end of the interest rate curve under control.”

“The exchange rate now is much more favorable … but the equilibrium (dollar/real) rate is possibly much lower than where it is just now,” Guedes said.

“It (equilibrium rate) is well below the current level, which for the first time (in a year) is breaking below 5.00. I think it is going to go much lower, as everyone sees (our) consistent and coherent policies,” he said further.

As mentioned, the ebbs and flows of EM equities can often be traced back to the performance of the local currency. In Brazil’s case, more strength could be ahead for the real with the country’s central bank looking to raise rates.

“Brazil’s central bank discussed raising interest rates last week by more than 75 basis points, minutes from its last policy meeting showed on Tuesday, raising the chances of a more aggressive hike at its next meeting to keep inflation in check,” the Reuters article said.

“The minutes of the June 15-16 meeting, where the bank’s rate-setting committee known as Copom raised rates to 4.25%, showed policymakers believe a full normalization of policy is now appropriate, shifting up a gear from a more cautious ‘partial’ approach in recent meetings,” the article added.