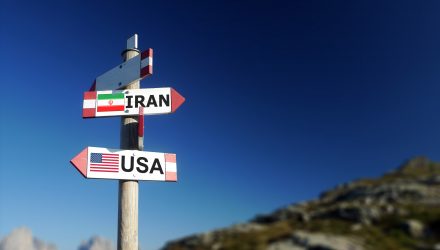 Are Oil Traders Overestimating the Impact of Latest Iran Sanctions?

Rather than resort to war, U.S. President Donald Trump decided to bring down the hammer with more sanctions on Iran in response an unmanned U.S. drone being shot down the previous week. As U.S.-Iran relations remain tenuous, oil traders could be eyeing more price increases for the commodity, but are they overestimating the impact of the latest sanctions?

“We will continue to increase pressure on Tehran until the regime abandons its dangerous activities,” including its nuclear ambitions, Trump told reporters in the Oval Office.

“We do not seek conflict with Iran or any other country,” Trump added. “I can only tell you we cannot ever let Iran have a nuclear weapon.”

An unmanned U.S. drone was shot down by Iran last week, which fanned the flames of growing tensions within the Middle East. However, President Trump tamped down any ideas of waging war on Iran, calling off a retaliatory military strike.

Whether or not the latest sanctions do impact the oil markets will depend on who you ask.

“New sanctions would likely have limited impact, particularly on the oil sector, as current U.S. sanctions have essentially eliminated Iranian crude from the global marketplace,” said Robbie Fraser, senior commodity analyst at Schneider Electric. “As the situation continues, the Hormuz Strait remains the key area to watch, with Iran capable of temporarily – though not permanently – disrupting oil shipments through the region.”