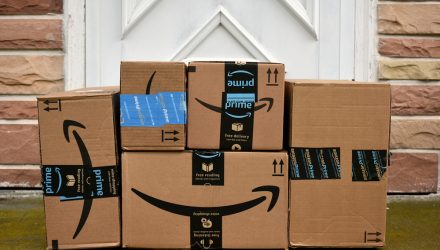 The month of September doesn’t typically bode well for stocks, and with the added market uncertainty with rising inflation, it only increases the headwinds. For traders looking at comeback opportunities, however, Amazon might fit the bill.

It’s been well documented that big tech hasn’t been having the best year amid inflation fears. After flying high in the months after the onset of pandemic, 2022 is seeing tech come back down to earth as seen in the performance of the Nasdaq-100.

One of tech’s heaviest hitters, however, could be finally bucking that downward trend. As such, one exchange traded fund (ETF) to consider is the Direxion Daily AMZN Bull 1.5X Shares (AMZU).

“Amazon is the best-performing stock among its megacap peers since the Nasdaq 100 Index bottomed nearly three months ago, in part because it’s shown the market that it’s taking steps to curb expenses,” a Bloomberg report said. “Amazon has gained 30% since June 16, compared with a gain of 14% for the tech-heavy benchmark and a paltry 9% for Microsoft Corp. and 5% for Alphabet Inc. Only Apple Inc. comes close with a 23% advance.”

“It’s an about face for Amazon, whose shares were battered earlier this year amid slowing revenue growth, soaring costs and a jump in interest rates despite being one of the most loved stocks on Wall Street,” the report added. “The Seattle-based company’s shares are among the best performing in the past two decades with a gain of more than 16,000%.”

AMZU seeks 150% exposure to Amazon stock, giving bullish traders that added leverage in order to extract more gains from their convictions. It can be used as a tactical tool for hedging positions or as mentioned, simply amplifying gains.

With the holiday season fast approaching, it could give Amazon more tailwinds for bullishness. With online shopping being a primary mode of gift giving, Amazon could continue to build on its rally.

Furthermore, the company is also looking towards growth and expansion via acquisitions. It’s a move towards continuing to discern itself as a multi-faceted company as opposed to simply an online retailer.

“One area where Amazon is still willing to spend: Acquisitions,” Bloomberg added. “Over the past couple of months it agreed to buy software company 1Life Healthcare Inc. for $3.49 billion and iRobot Corp., maker of the Roomba vacuum, for $1.65 billion. Analysts generally have applauded the deals, seeing them as a sign that the company is seeking new avenues of growth.”