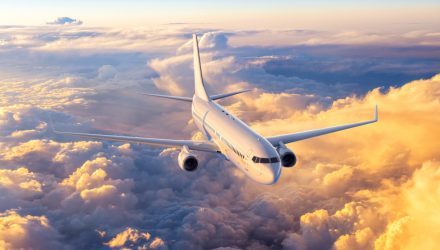 Air Travel Should Set This ETF Up for Gains

With the holidays upon us, travel is expected to reach fever pitch, making the Direxion Daily Aerospace & Defense 3X Shares ETF (DFEN) a prime opportunity for traders.

With the economy on the mend after a tumultuous 2020, more consumers are taking to the skies once again after a pandemic-ridden year that put a damper on holiday travel. This year, things should return closer to normal.

“Thanksgiving marks the beginning of what was shaping up as the busiest holiday season in two years,” Reuters reports. “Rising COVID-19 vaccination rates have made people more confident about travel, leading to a surge in bookings.”

“Data out Wednesday showed consumer spending overall grew by a greater-than-expected 1.3% in October,” Reuters says further. “Spending on big-ticket items like automobiles lifted the headline figure, but the data also showed broad-based increases in spending on services like travel and eating out that had been sharply curtailed during much of the COVID-19 pandemic.”

DFEN, which is up 5.33% on the year, seeks daily investment results equal to 300% of the daily performance of the Dow Jones U.S. Select Aerospace & Defense Index. That index attempts to measure the performance of the aerospace and defense industry of the U.S. equity market. 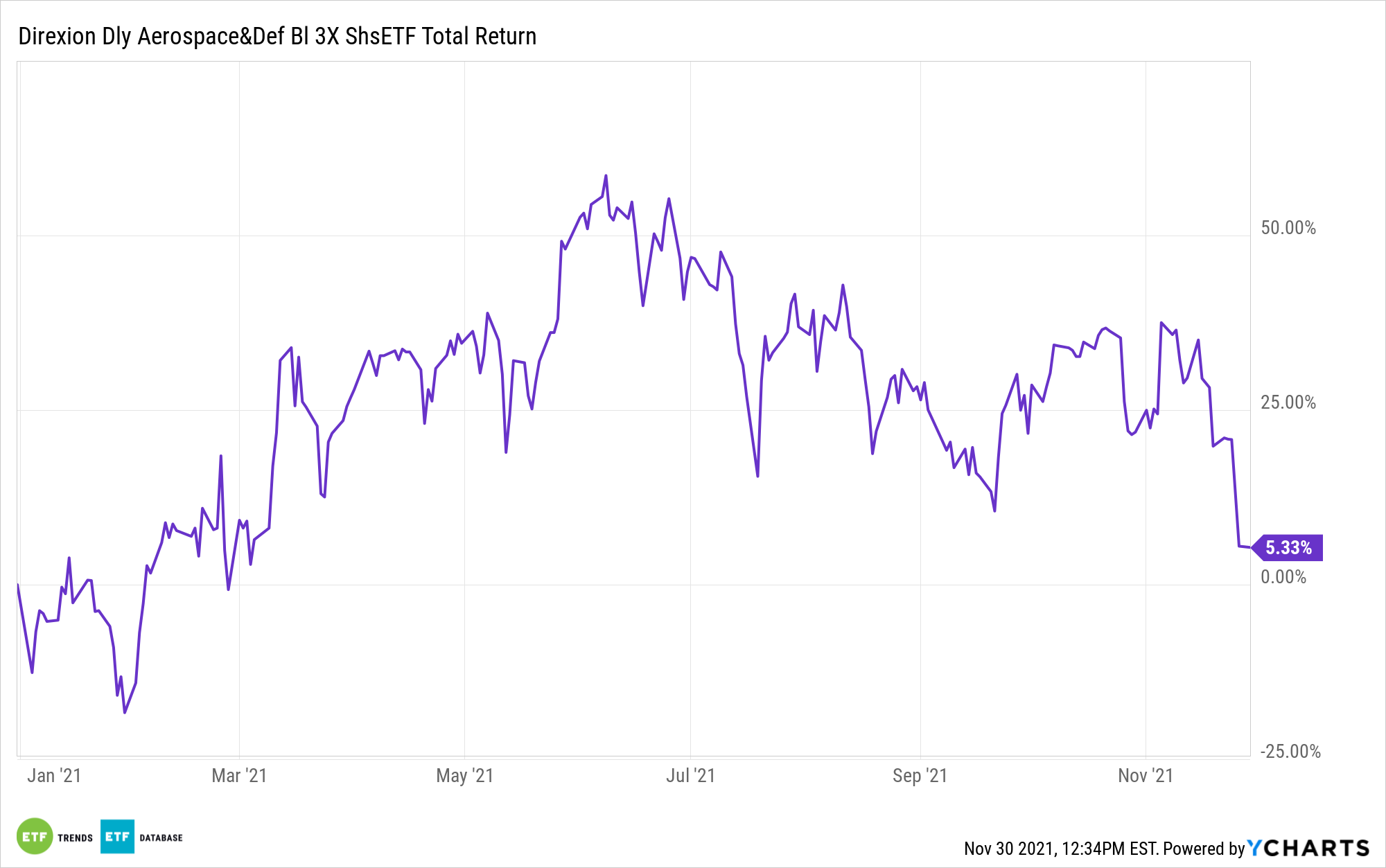 One of DFEN’s largest holdings is aircraft manufacturer Boeing. The company has been getting some positive vibes from Wall Street analysts as of late, hopefully setting up bullish trends for the stock and subsequently, DFEN.

Boeing has been under fire, particularly for its grounded 737 MAX plane that was involved in two deadly crashes. However, it has been re-approved for commercial flight, making Boeing a comeback play.

“Wall Street is getting more bullish about Boeing, with the stock catching its second upgrade in as many days,” Barron’s says. “The growing consensus is that the worst is behind the company and that a handful of factors will drive shares higher in coming months.”