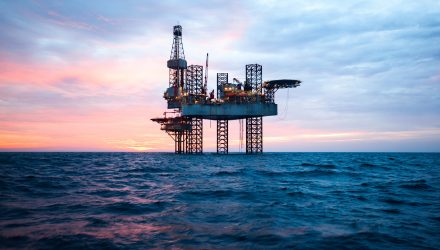 Indications that oil supply could be tightening have continued to send oil prices on their upward trajectory, which have benefitted leveraged exchanged-traded products tied to the commodity’s price. Currently, the price of WTI Crude stands at $72 and Brent Crude at just under $82, but the idea of $100 oil prices have already entered into the realm of possibilities by the end of this year.

Earlier this week, U.S. President Donald Trump prodded the Organization of the Petroleum Exporting Countries (OPEC) to ramp up production levels in order to temper oil prices ahead of mid-term Congressional elections.

“The market and certainly the U.S. president is saying to OPEC and Saudi Arabia: ‘Show me the barrels,'” Herman Wang, OPEC specialist at S&P Global Platts, told CNBC’s “Street Signs” on Friday.

“And Saudi Arabia and OPEC have kind of turned around and said: ‘Well, show me the demand,'” Wang added.