You are at:Home»Equity ETFs»5 Best-Performing Inverse ETFs Thriving Off Volatility 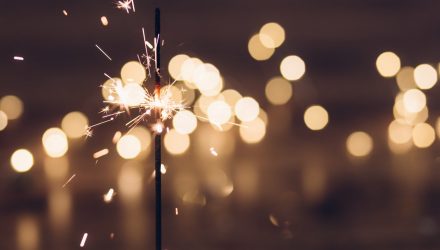 The Dow Jones Industrial Average fell over 500 points Friday before clawing back and then giving up its gains to post a loss of over 350 points as of 3:05 p.m. ET. It’s been a common occurrence in an October that’s proving to be a volatile month for U.S. equities, but there have been some bright spots for exchange-traded funds (ETFs) as the markets are poised to end another week of volatility.

If the Dow closes Friday’s trading session with another loss, it will be four out of five days in the red. Meanwhile, the S&P 500 is playing a cruel game of “Follow the Leader ” with the Nasdaq Composite, heading into correction territory with as much as a 10% slide from its 52-week high.

Buried underneath the drop in stocks was the Commerce Department reporting that gross domestic product expanded by 3.5%, beating economic forecasts of 3.4% growth.

“It doesn’t take much for edgy investors who have made big profits to get off the fence and sell,” said investment strategist Hugh Johnson. “The recent market sell-off is a correction, driven by investors who think ‘this is one heck of a long recovery.’ Investors have taken an overly pessimistic view of a coming slowdown, so I expect the S&P to close this year higher than current levels as stocks have now become undervalued.”