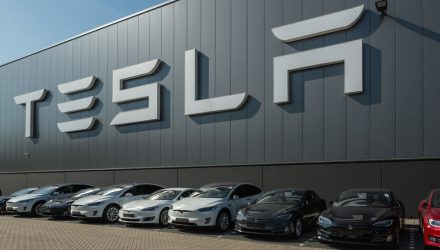 It’s certainly a high mark for the company, which was founded back in July 2003 when electric cars weren’t as highly used as they are today. Fast forward 19 years later, and Tesla owns a significant market share of the burgeoning electric car industry that’s getting an added boost as the world tries to reduce its carbon footprint.

The milestone came after the company faced production challenges, particularly in its factory in Shanghai.

“Musk’s announcement comes after months of lockdowns and parts shortages in China that threatened Tesla’s vehicle production, and suggests that Tesla’s Shanghai factory is producing a significant number of new vehicles after opening in 2019 and subsequent years of investment,” a CNBC report noted.

“The total vehicles achievement celebrated by Musk on Sunday comes after Tesla’s reported deliveries, the closest approximation for sales, have been rising in recent quarters,” the report added. “In July, Tesla said that it delivered 254,695 vehicles in the second quarter, a 26.5% rise year-over-year.”

The products are ideal for traders looking to get tactical exposure to Tesla stock in order to amplify gains when it comes to bullishness using TSLL. On the flip side, TSLS can be used when bearish notions take over a trader’s instincts.

“This environment is one that’s ripe for short-term tactical trading opportunities,” said David Mazza, Direxion’s managing director and head of products. “And we’re likely to be in an environment where, because of the Federal Reserve’s plans to increase interest rates, we see heightened volatility for some time, so there are opportunities for traders to be more tactical with their portfolios.”

“Now, when talking about any leveraged ETF, these are intended to be short-term trading tools,” Mazza added. “They’re not intended for long-term use, nor for anyone who doesn’t have the ability to monitor their positions on a daily basis because with these ETFs, you need to make a buy, sell, or hold decision daily.”