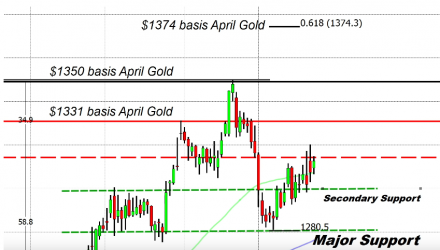 In the video below, gold should benefit on the back of weakening equities, and should the next resistance level be broken–$1,374 an ounce should be the next target, this according to Gary Wagner, editor of TheGoldForecast.com.