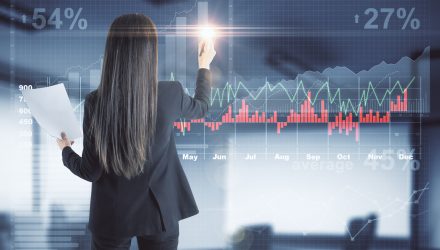 10 Best-Performing Currency ETPs so Far in 2019

Whether it’s for a long-term hold or short-term trading opportunities, currency exchange-traded products (ETPs) give investors exposure to a market where cash is proverbially king.  Furthermore, currency moves can be affected 24/7 around the globe, which can make these funds very dynamic in nature.

The U.S.-China trade war has been a major mover for currencies, especially in emerging markets (EM). More often than not, EM strength is correlated with the strength of its currency so negative trade war news can stifle gains in EM currency, but some are bucking the trend like India’s rupee.

In particular, gains in the rupee are translating into strength for the Market Vectors Indian Rupee/USD ETN (NYSEArca: INR), which tops the list of 10 best-performing currency ETPs to date.  INR seeks to replicate the S&P Indian Rupee Total Return Index, which tracks the value of the Indian rupee relative to the U.S. dollar—it follows the value of non-deliverable, three-month currency forward contracts that are rolled at three-month intervals and includes daily accrued interest.

“Oil prices fell on Wednesday after industry data showed a surprise build in crude oil inventory in the United States and as investors waited for news on whether a fresh round of US tariffs on Chinese goods would take effect on Sunday,” the report added. “The dollar-rupee December contract on the NSE was at 71.03 in the previous session. Open interest declined 4.87% in the previous session. We expect the USD-INR to meet supply pressure at higher levels. Utilize upsides in the pair to initiate short positions, said ICICIdirect.”

For traders looking for a leveraged and bearish play, the VelocityShares Short LIBOR ETN (NYSEArca: DLBR) has been the second best performer, which makes sense given the central bank’s rate cutting as of late. DLBR Short LIBOR ETNs are linked to the Janus Velocity Short LIBOR Index, which aims to approximate the daily performance of a hypothetical short position in the composite forward LIBOR rate, as if the composite forward LIBOR rate itself were an asset that could be shorted.