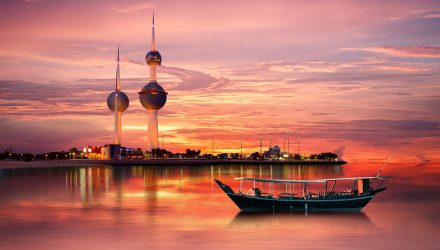 VWO is one of the least expensive emerging markets ETF with an annual fee of 0.14%, or $14 on a $10,000 investment, making it less expensive than 90% of competing funds, according to Vanguard data. The ETF currently features exposure to more than 20 emerging markets.

News of FTSE Russell boosting Kuwait to emerging markets status could benefit another ETF that does not track a FTSE index. The iShares MSCI Frontier 100 ETF (NYSEArca: FM) allocates about 19.7% of its weight to Kuwait, one of the largest weights to the country among all ETFs.

“Kuwait’s graduation to emerging-markets classification by index compiler FTSE Russell could prompt inflows of as much as $700 million from investors, according to the money manager run by the nation’s largest lender,” reports Bloomberg.